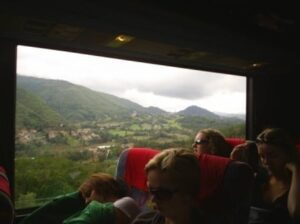 Where have you been and where do you want to go? What would you like to read about here?