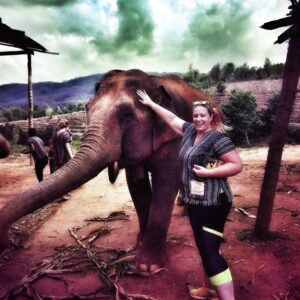 Alright ladies and gentlemen, we are keeping the adventure going. If you’re just tuning in, the last couple posts have been about the experiences of finally getting back overseas haggard and exhausted after the previous year of struggling to make it happen, getting pick-pocketed in Phi Phi, food poisoning on a date in Krabi, a super drama Airbnb, treehouses, the first day of Songkran in Pai and the friends along the friends along the way.

So here we are back in Chiang Mai… 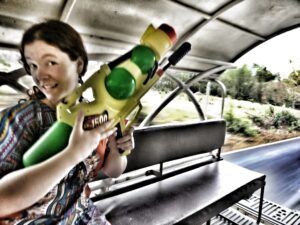 Songkran back in the ‘ol CM finally brought Laura into the enchantment I had been telling her about. In no small part due to the water gun she inherited that previous Songkran-celebrating guests had left behind. You just gotta be involved with a celebration like that or you won’t feel the magic. Early(iesh) the next morning, after checking into our Airbnb with it’s dramatic hosts, we headed to the bus depot to get a ticket to Bangkok for my next stop a few days later. After that we were ready to rock and roll before even leaving the station. 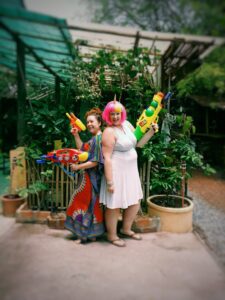 True to form for both of us, I was anal in that I wanted to find a neighborhood that was more fully celebrating while Laura with her laid demeanor and peaceful smile was determined to find the back of a truck to jump into right there. After I begged her to wait until we got to a more appropriate area, and please God not one with kids, she did just that with the reasoning that they can always say no but you have to ask for what you want. After an awkward no from them and a couple celebration fails in other ways, she agreed that it was time to move on and found a friendly local man who told us where to go. 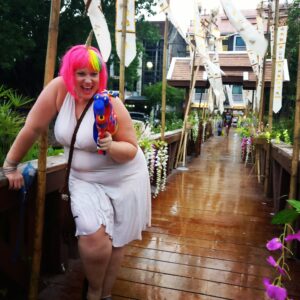 Making it to the road we were referred to, there was an awesome parade of which we ate street food (of course) and danced alongside being doused with water. With many enjoying my pink wig and unicorn horn, we were constantly pulled into the parade and stopped for pictures (with momentary moments of panic while I looked around making sure I didn’t lose Laura) until we ducked into an American bar playing live ’80’s glam rock with people celebrating in front, drinking and showering the crowd. If you’ve never experienced it before, listening to American music being sung by local Thai with their accent is amazing and hilarious. The whole thing was by far the best parade experience of my life. I am still Googling to try to find pictures of L and I in it.

Finally ready to head back out after I partook in a couple big bottles of Chang, we joined a fun crew in a square of cross streets 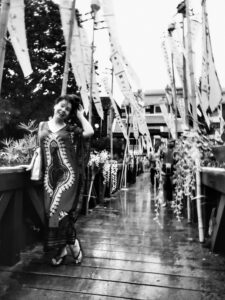 until we found a truck with fun music and people throwing ice water to jump onboard with until it broke down. Laura’s Songkran dream had been realized and, loving life, she stayed in the truck throwing bowls of water at people long after the breakdown while I ducked into a bar to use the toilet and (why not) grab another beer.

Walking around and being offered a drink from some awesome locals and then stopping at a hostel for another (don’t judge me), we soon tired and retreated to shower and rest before heading to a fun market full of food that included a really cool way of making ice cream. Stopping to watch some traditional dancers while savoring our frozen treat, the next stop was shopping.

Something I surprisingly enjoyed and resulted in two items that were to end up more meaningful that expected. Laura’s talking me into buying souvenirs resulted in me getting a Pashmina that I ended up wearing on the rest of my journey and then gave to my mom as a way for her to be with me on my travels. It also resulted in a stuffed elephant that was originally meant for my niece but ended up going to a twenty year old woman in the hospital with Dengue Fever. Later capping the night off with a little live jazz by an energetic British woman, it was a great end to a great day. 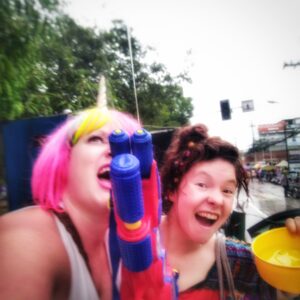 The next morning was relaxing in that L slept until noon and I hid out writing until a previously scheduled tuk tuk picked me up to go to an elephant sanctuary. With a gorgeously lush and green hour and a half drive from there, I was happy to meet a couple sisters from the UK who were easy to communicate with (don’t take speaking a common first language for granted) and a couple from Guadalajara who also put me at ease in that they were from the second culture I am most familiar with and grew up around. The woman, probably in her mid twenties, was sweet and so beautiful that I had a hard time stopping myself from staring. The entire group was lovely and I got a kick out of feeling like the older perv.
It’s like they knew I was coming! 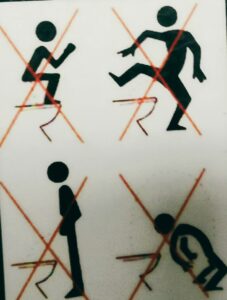 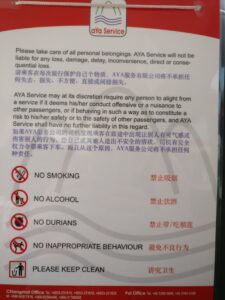 FYI: Durains smell like “pig shit, turpentine and onions, garnished with a gym sock” according to famous food journalist Richard Sterling. That’s why they’re not allowed in many places.

Getting to the sanctuary, I was happy to check out the elephants and love on the dogs. Soon we were listening to a speech about how riding elephants had provided a better life for them than the logging had. Especially after that had become obsolete and the they had started being killed due to their becoming a problem with eating crops when the owners could no longer afford to take care of them.

From riding, sanctuaries have provided a better life for them as people like us pay to come feed, bathe and play with them instead of their having to earn their keep by spending excessively long hours walking the same path over and over again. The so-called sanctuaries do appear to be doing some good but from what I hear, only a small fraction of the money collected in known to go toward their care. 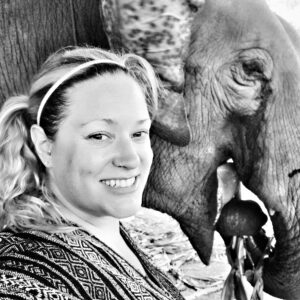 There is also still a long way to go in the way they are treated. Something proven first hand by one of the trainers as he poked a teenage elephant with a machete a minute after it accidentally knocked over the woman from Guadalajara with it’s trunk when they were playing in the mud. Usually airing toward taking my mouth shut, especially in a third world country where I can go Brokedown Palace if making a wrong move, I couldn’t help but yell at this man. Both for the elephant and for this poor woman who sat there looking both horrified by his actions and terrible for what she had to do with them. 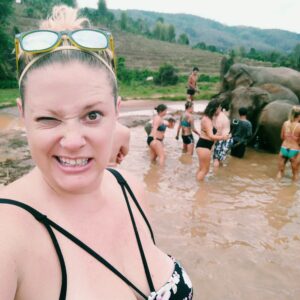 Feeding the elephants had been fun and the lunch they gave us at the end was one of the best meals I had in Thailand, but playing in the mud with them so openly defecating and peeing in it wasn’t exactly my style. I may still volunteer with them in the future like I had originally hoped to do that time but, like always, the pups continued to be first in my heart.

Later that night Laura and I headed to a market that was so crowded that it instantly set off my anxiety. Something that is much better than before my seizure meds but can still twist me up in crowds. 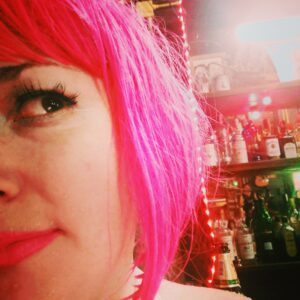 Originally hoping for a night out (I hadn’t had one yet), I quickly changed tune and wanted to call it a night but was happy to find middle ground by going for an Italian dinner with L. Something we both very much enjoyed as neither one of us are fans of Thai food. After that she continued on in the market while I wandered off to enjoy a foot massage. Well, e enjoy as much as I could considering that I was fighting tears from being homesick. After that I waited at the same bar with the American ’80’s music from the day before until L returned with tales of how much more gigantic the market had been beyond what we had seen. Heading back and doing my best to keep my eyes open, we gave each other a hug before heading to bed. The next day I left early to catch an eleven hour bus ride for Bangkok. Our adventure together had come to an end. At least that one. 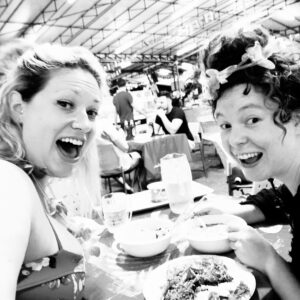