The good, the bad and the Lyfting 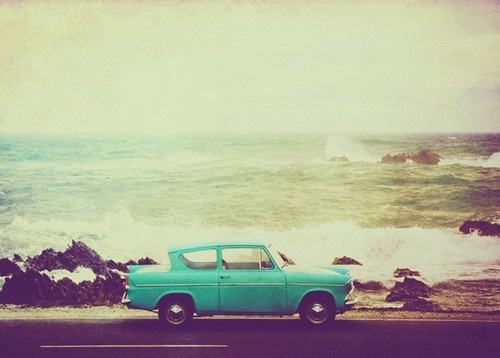 Hey Navy guy in San Diego who gave me three out of five stars right in front of me and then canceled your ride to the next location on two other drivers because you wanted to stay with me – what up with that?

That was my very first ride home in San Diego after an hour and a half sitting in front of a pirate and cruse ship by the airport downtown with no rides. To say the least, I was a wee bit more than panicked.

Number of rides picked up after uninstalling and reinstalling the app, thank God, but mostly at only around $4 or $5 each. Quite a disappointing decrease from the Bay Area. I also had a disgruntled man in his fifties start to aggressively rant into my car about how he hates UBER and a 21 year old passenger who was thinking about hitting on me while bragging with stories such as how he and his cousin as bouncers take home super drunk chicks at the end of the night for threesomes. Be still my beating heart.

The rough times don’t just come as a driver. I, as a passenger myself, took a long Lyft ride home from an awesome family wedding a week ago. Awesome family wedding = very drunk by the end. My Eastern European driver was obviously looking to hook up and even went so far as to start telling me stories about how he uses his driving as opportunity to hook up with wasted women somewhat frequently. Another example of a time I wish I wasn’t so easy to talk to.

People are people, good and bad, and it’s not exactly a surprise that challenges and adjustments will come up with work, no matter what it is. It’s good to have reminders of both, and especially to be wary of and report predators so they don’t get anyone else.

As far as the adjustments of a driver in San Diego as opposed to the Bay Area, I should have expected that it would be much more different than experienced to that point. But isn’t everything ten times harder and longer than originally expected regardless of where expectations are at? Seems to be for me, at least. Something I’m sure those who know me personally are sarcastically chuckling at as they read this.

I’ll adjust. I need to figure out the times and quirks or driving in this city, and then I’ll be good, right? I already know it way better than anywhere else, so there’s that. Even if it doesn’t pay quite as much, I’m in a place with a lower cost of living and home at the beach. That alone is worth everything.

Yesterday was my first day driving in San Diego and I have to say, though I obviously had an unsavory character to deal with at one point, I had way more great ones. My favorite were probably three tipsy moms with one who had the mouth of a sailor. My kind of woman. Listening to them hilariously talking about their kid’s sports teams as I drove them home had me laughing just as hard as they were. For you moms out there, you know what it’s like to finally get a moment out with the ladies for cocktails, adult time and to vent. As a single woman with no kiddos, I’m in for the marathon, not the sprint. In other words, I can’t keep up.

And a shout out to Richard who I drove in the Bay last week. He is an EMT about to go into the bomb squad in the Army with the hopes of joining the FBI in the child crimes unit, in no small part because of his experiences growing up in the foster system. Sending you much love, support and strength. You are awesome.

To the young woman who asked me if I’m a raver because of my hair color and attire, you cracked me up. I’m a bohemian Burner. I suppose that’s close enough. And stop feeling bad for canceling rides on drivers who you are wary of. Trust your instincts, girl. I support you.

Over all I am getting so much more out of this than ever expected. Not just with the freedom and money that provides financial potential for a comfortable life and good career, but also with my need to socialize. Something often lacking as a writer. I get to meet a variety of people who all have unique stories and personal traits that capture both my heart and my breath. Most important to my lifestyle change to traveling the world and writing is the support I get through the eyes of my passengers. All of your encouragement, own similar stories and excitement make all the difference. When getting lost in the weeds, which happens all the time, you save me and in no small part will continue to be a reason why I am able to keep on this path.

My life has become the dream, and this has fit into that more perfectly than I ever thought it could, let alone would. I am enchanted and cant’s wait to tell you what happens next.