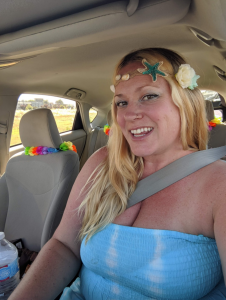 Brigit and I started out June with one of the hikes that I loved so much. It was one of the Nor Cal things that hurt to be away from when home in So Cal or overseas. There had come to always be someone or something that it ached to be away from. It was one of the heartbreaks of the life that I had always dreamed of and was finally living. The day after, though, I experienced the opposite when being happy and proud to make it to an art preview in SF for the years upcoming Burning Man. Something I didn’t yet know was that it would have extra meaning due to my not being able to make it to most of the art in person thanks to serious health stuff was about to pop up.

Continuing in the same vein of making progress in my goal of taking advantage of all the amazing things a lifestyle of vagabonding offered, I continued my days and nights by hanging at the beach in Santa Cruz and making it to that hood’s monthly burner mixer. More Sound Camp than the parts of the community I was into, it was still nice to spend the first couple hours with the community before the EDM took over. Keeping with the beach theme a few days after that, I also stopped to spend sometime in Monterey when a ride took me there. A goal with driving rideshare that I had tended to fall short on more than I would have liked. 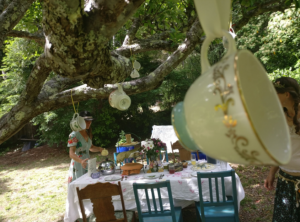 The most important event of the month toward goal-advancement was a virtual interview for the public teaching system in S Korea by the name of EPIK. Excusing myself from a lovely tea Brigit was throwing in the garden of the front of the house, I was worried before it even began about how hot it was that day. For good reason as I was disheveled, distracted and sweating through the entire interview. In a culture I had heard to be somewhat vain, I was more than a little worried about that being even more of a problem than what I was already worried about in regard to weight and age prejudice. So yeah, when I found out soon after that that I didn’t get it, I wasn’t exactly shocked. I was, however, a little unjustifiably resentful that I had been in such a bad situation for the interview in the first place by trying to make the tea while not having a decent option of where I could set up. An example of my weakness of FOMO, still being too much of a people pleaser and something I should have been more proactive to solve beforehand. I may not have been shocked by the rejection but the wind was definitely taken out of my sails for a hot minute. It had been my main focus without paying attention to a plan B (more like plan F) for a while. A lifetime of experience gave faith that I’d pull myself up by the bootstraps but ugh…it was a blow.

It was always a pleasant piece of magic to experience how the little things made such a helpful difference. The hiking, of course. B and I even managed to get Aaron out and I made it on my own to a trail called Garden of Eden that lead hikers along a forested railroad to a set of connected lagoons that were used as a swimming hole. Beyond freeing myself with taking a weight on my shoulders by paying JerseyJ back money she had very generously loaned me to get into a rental car for work after an unexpected situation, I avoided her most of the month. Speaking of that car, it felt empowering to change my own tire in the middle of the night when getting a flat during a work shift. I also found a big breath of peace when seeing a deer as I pulled out from the house on my way to another. With the all too common reminder of all the small moments I’d be sad to miss, I stopped to take a picture of a beautiful house, grabbed a beer at Monty’s, spent time with compadres and tried to continue going out to new restaurants at least a couple times a week to foodie it up instead of just looking for the most convenient, cheap and/or healthy option. Being the hot-mess I was, I found the humor when that included rubbing my eye with Sriracha when eating pho. I got to celebrate Brigit’s birthday before heading back to SD at the end of the month. A happy ending that added to a life of detail that had me mostly over my job rejection and moving onto the next step within a couple weeks.

Something big happened at the end of the month. Big and scary, though I wouldn’t know it until later. I had been getting random bruises and was finally starting to trip about them enough to ask someone. I had been getting them for a while, actually. Before then, I had been blowing them off as one of the clumsy times I ran into something or when I bruised easily after knocking a few back. I wasn’t drinking enough for that to be the reason though. And I had started getting them too often to believe I was forgetting clumsy moves. They were only about the size of a thumbprint at that time but a tiny internal alarm was going off. Tiny but big enough that on June 25 I sent pictures to my nurse brother. As usual, he blew me off in his out of sight, out of mind way. I was self-conscious about them enough to bring it up again with folks from my Burning Man camp, Spanky’s, a few days later at a work weekend held at the farm of a couple awesome burners in Garden Valley, CA who were were part of a sister camp named Black Rock Bordello. Not just a farm by the name of Skunkworks, they had huge tents set up that they traveled with to help those in need and let Spanky’s use for those work weekends along with storing camp stuff the rest of the year. One of the hundreds of examples I could give about why I love the spirit of Burning Man. Making it to one of the pre-prep work weekends had almost been as important to me as going to the burn itself. It was also a great break in driving across the state between my two homes for the second time in a month, even if it did add just short of 300 miles to the trip. 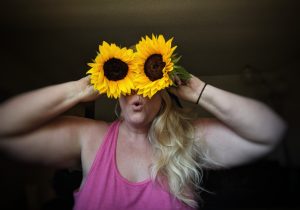 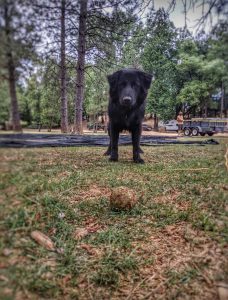