My second week in in Thailand 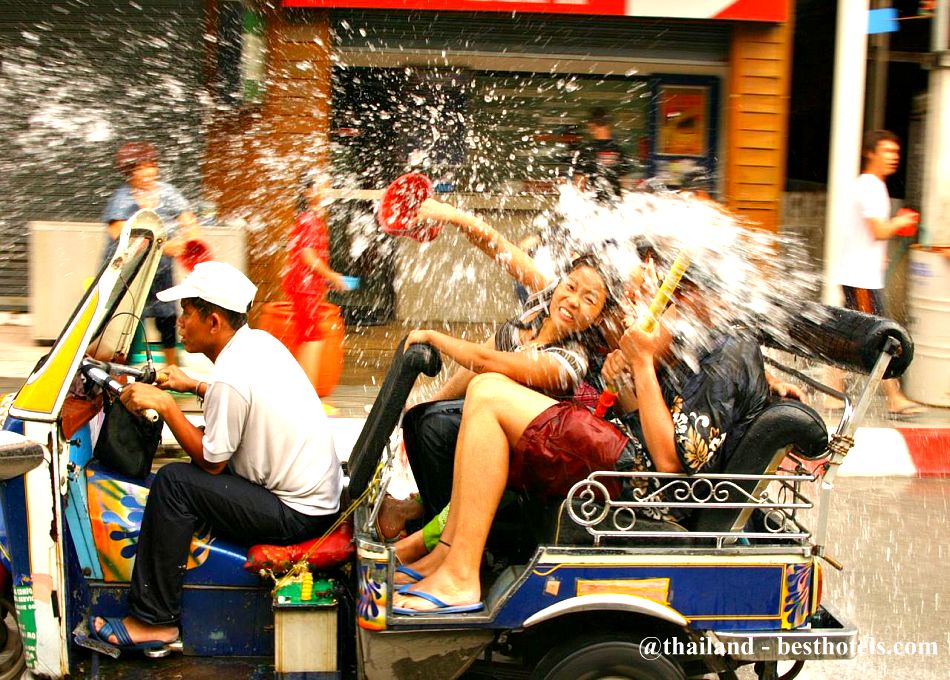 A bruise on my back that looks like someone took a baseball bat to me at Songkran, bug bites from hangin all night with new friends, a coffee spill on my work laptop that caused the loss of a couple thousand dollars of data (along with settings still half in Thai), people in the states now thinking it easier to not pay me much-needed money due, losing thousands of pictures from my phone, a sun allergy on my back that could rival a teenage boy with bacne, humidity-induced hair chaos, and missing half of the Full Moon Party thanks to a roofie-colada. I should have listened to all those public service announcements that warned about taking drinks from strangers.
Guess what. It all just made it that much better. OK, that’s obviously not all true. But guess what else. If you aren’t ready for all kinds of chaos and challenges, living a lifestyle traveling abroad may not be for you.
Not exactly a shocker.
I was ready and had a few months of training from crazy things going on in my life before even setting off on this worldwide adventure, but that doesn’t stop parts of it from kicking my ass.
Then there’s the awesome that makes it all worth it.
Beautiful landscape and beaches, friends, fascinating excursions and always having a reason to celebrate in the land of a thousand smiles.
Let’s start with Songkran. For those of you who don’t know,this holiday is Thailand’s new year and the largest water fight in the world. A gang of us loaded up in the back of a truck (normal here but very dangerous by American standards) with a gigantic bucket of water and ice. Driving around the island for hours with beers and water guns in-hand, we had a blast dousing each other and others while a tingley powder known as din sor pong was rubbed on our faces. Oh MAN was that a good time. Like nothing else and something that can never be compared to or forgotten. Well, unless you partied too hard.
Bangla Road in Patong, Phuket – now there’s some chaotic entertainment that’s offered on the regular. Bars, clubs, restaurants, farangs everywhere partying it up on holiday, dancing like crazy, strip clubs and ping-pong shows, hetero and beautiful transexual prostitutes…completely fun chaos that even the Russian community seems to even be making their stamp on. I would definitely suggest going with a crowd, though. Even with our large group of half men and half woman, we were being grabbed and groped all over the place. Mostly by other partiers for the women and prostitutes for the men.
The full moon party was the next party adventure and exactly what I had heard it was. Lots of people partying hard on alcohol, drugs and dancing on a beach full of litter (mostly alcohol buckets), people passed out, having sex and peeing into the ocean. Neon body paint, fire dancers, music stages and a bar on top of a hill known as Mushroom Mountain where delicious mushroom strawberry shakes can be bought for 50 bhat. While there didn’t seem to be any said magic in ours, there did seem to be some Rohypnol in the half-shake the woman of a couple we were hanging with gave me. It should have been a sign when she told me she didn’t need it because they were already on MDMA, and my friends later told me they saw her boyfriend popping enough pills to tranquilize a horse. My night was pretty much lights-out over after that, but I’d say the seven hours it took to get both there and back was still worth it. Worth it, but I’d definitely recommend staying the night before, night of and night after if you can. Give yourself a chance to check out the beautiful non-party parts of the island and be rested for the big party.
So yeah, I’ve been celebrating my finally moving abroad by partying a bit much, and let’s face it – I’m a partier anyway, but there’s other sides to me and my experiences as well. In addition to the partying is the magic of my first home in Thailand – the tropical oasis known as Shanti Lounge, and the many new friends from all over the world (as mentioned over and over). There’s also hours on the computer working (you want to play, you’ve got to pay), fun food, beautiful religious monuments (both Thai and Chinese from what I’ve seen so far) and plenty of interesting wildlife.
I’m not just talking about the kittens and doggies wandering about. Lizards run on the ceilings, mosquito-galore and frogs croaking like crazy that come out at night, but not until after the Cicada bugs. These big-eyed creatures only come out of the ground every 13 to 17 years and we may not see them, but we sure as hell hear their surprisingly loud buzz of a song at dusk. The best thing I can compare it to is hearing power lines but much, much louder.
So many interesting experiences, but there’s a moment when reality really starts kicking in. For many of us, it’s when they money starts running low and the work expected doesn’t come through. Doesn’t exactly provide for a smooth transition into those first sobering moments of being an expat, but hey – this time we’re not in it alone. There’s a whole community of people facing the same challenges and I bet we’d all say the whole thing added together is better than magic. It’s dynamic, fascinating and real. 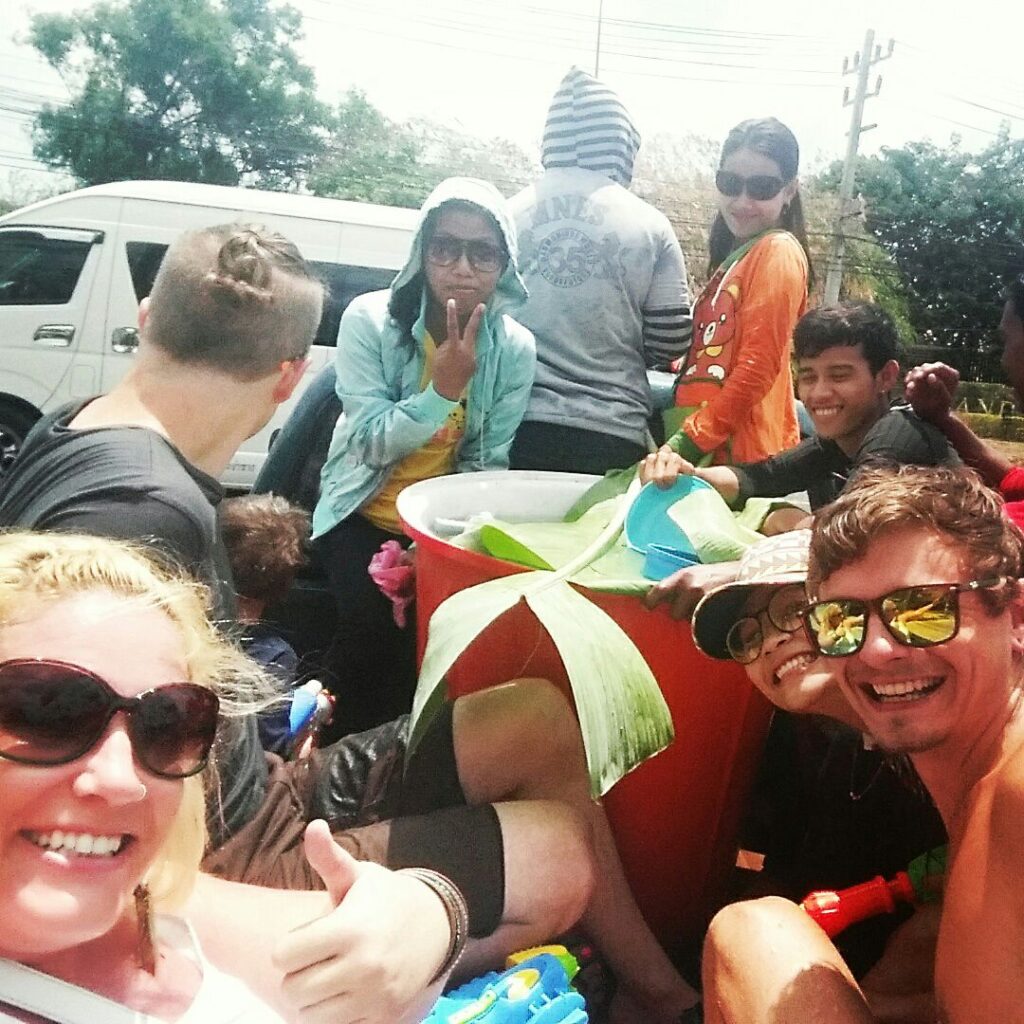 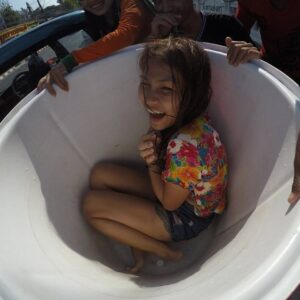 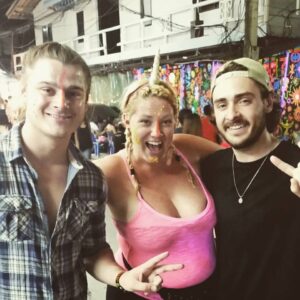 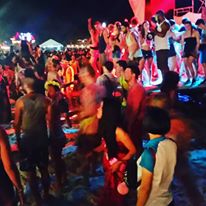 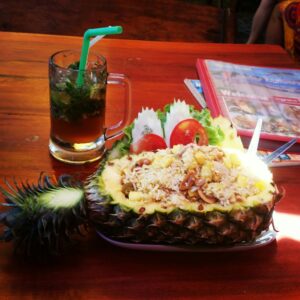 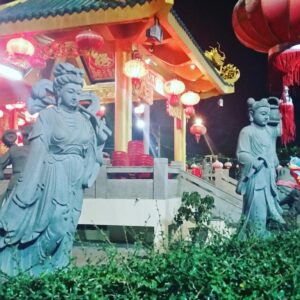 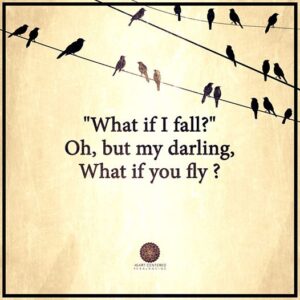 6 thoughts on “My second week in in Thailand”