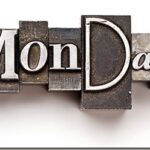 First, let’s give it up to those smug people who give the most ridiculous and unrealistic advice on how to handle Mondays. May you run out of gas and a donkey kick you in the face.

That first day of the work week isn’t a favorite for most of us, but maybe it should be.

OK, that might be a bit of a stretch, but there seems to be a lot of complaining with very little done about it. Why not make it better if we can?

Switching gears is an often unpleasant and slow process that tends to be strong-armed instead of eased into. It’s a wonder that this seems to be the norm, as it is actually possible to massage our way in with just a little creativity and effort if set up a few days earlier. A few days earlier because errands, chores and making plans should be avoided on Mondays at all costs. They should also be easily canceled. Unless sadomasochism is your thing, of course.

Speaking of massaging our way in, a great massage can be the perfect example of a way to do that. Even a $20 foot massage or pedicure can be a great lunch break or after-work treat, as can going out for happy hour (total cheat day, so go for what you really want) or going as simple as allowing yourself a chill movie night. Netflix and chill not to be discluded.

Good ideas for the middle to end of the day, but where most of us need the most help is in the morning, so let’s talk about that.

It already hurts to get up with an alarm after a couple days without, but getting up twenty minutes earlier is one of the sacrifices that will end up being worth it. Have your coffee pot pre-set to brew twenty minutes before rising so that you can zombie your way over to get a cup and then go sit outside while you wake up drinking that cup of magic. Tai chi, meditation, Yoga or something of that nature can be added in, but only if it sounds good, never forced. In other words, most of us will just laugh at the thought, but there’s a crazy few that will go for it.

When it comes to the body, even ten or fifteen minutes of cardio can make a huge difference. Whether a walk, elliptical or doing a set of burpees if cardio is too hard to figure out can get those endorphins going and make you feel like you’ve accomplished something before even getting in the shower.

Don’t forget to treat yourself on the way in as well. A specialty coffee or some other kind of treat (or even by order if you work from home) can be that little touch of self-nurturing to set you right. Want to make it even better than that? Do something easy and simple for someone else. Buy the person behind you a coffee, give an extra big tip, pay someone’s toll road fee, keep little care packages for the homeless in your car to give out, etc. It’s hard not to feel good when doing for others.

Figuring out how we can start our workday later and/or shorten it by a couple hours is where the money’s really at. Just having that little bit of extra time to transition into getting up and starting is guaranteed to bring a smile and relaxation where grumpiness and stress had previously. A couple more ways to do that are to set up projects to be easily finished, emails on timers to go out early and setting your day up to be mostly “busy” work so you don’t have to brain too much. Set them all up together and you look and feel like the day’s productive success without much effort. Win, win!

Making Monday manic might not really be all that likely, but a little bit of effort and thinking outside the box sure can get it a whole lot closer!

Tell us your ideas on how to make Mondays better. And for kicks, the ridiculous and/or unrealistic advice you’ve been told on how to do so in the past.