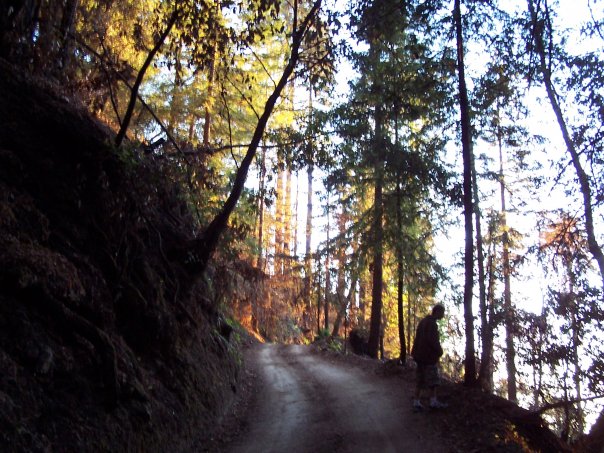 COLOR ME HAPPY the story 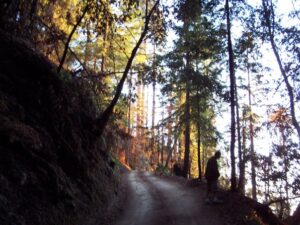 Just as “home” started to feel like a distant memory, his mother showed up to the compound he was building with the locals in Guatemala. A school and center had been built to help them become self-sufficient with growing their own food and making items that could be sold for profit.
“Mom,” he said, covered in sweat and dirt while standing there frozen in the middle of the field he was working on.
“Hello, Bryson,” she said, fighting the urge to look away from his shocked expression. “I saw the documentary that was done on your work to get funding for this place.”
“You did?” He was conflicted about how to react.
“Was it really true?”
“What do you mean?”
“It looked like…there seemed to be so much struggle. Bureaucratic nonsense and so many things constantly going wrong.” When he didn’t respond, she continued. “Quite a bit of money you have had to raise on your own and so many people shooting you down along the way. It made me realize what the family has been doing to you…what I did to you. We never meant to heart you, but now I can see that we must have…” with that, her stoic nature broke and tears formed in her eyes. “And the people that live here…they seem so wonderful. I never knew…”
“Mom,” he said breaking out of his daze to go to her, “it’s OK. Of course it hurt, but I understood where you were coming from. This was a big risk and I did give up most of what others spend their life trying to build.” He lifted her chin, careful not to touch her too much with his dirty hands. “If I saw someone else do the same thing, I probably would have thought they were off their nut. But it’s different when you’re the one with the need inside of you. I had to do it. I would have eventually stopped breathing if I didn’t.”
“I know that now,” she said, leaning into his embrace. “We all do. That video got the whole family talking. We’ve been looking at ourselves and what we’ve done. We’ll not going to stop our lives, but it did get us to take a look in the mirror.”
“Mom,” he whispered, “you’re getting all dirty.”
“I don’t care. It feels good. I don’t remember the last time I got my hands dirty. Not in this way, at least.”
He didn’t remember his mother ever hugging him so tightly. They hugged so long, he forgot anything but the feeling of her love.
“Well then,” she said pulling back abruptly to compose herself. “The family pulled together and wanted to help…”
“I don’t want any of the family’s help,” he said, cutting her off defensively.
“Calm down Bryson,” she said with an uncharacteristically warm smile as she handed over a check. “Everyone’s signed a confidentiality agreement that states our family will in no way be linked to anything we do for this cause. I made sure of it. After seeing the documentary and talking,” she said feeling ashamed, “everyone was already on board anyway. We’re not a bad family. We just get caught up.”
“Mom,” he said laughing as he put his hands on her shoulders, “it’s OK. Stop being so hard on yourself. Sheesh! I love you, and this is amazing. I knew you’d come through, eventually. You’re just too amazing not to.”
She smiled and pinched his cheek.
“If you don’t mind,” he said as he looked to those waiting impatiently, “I’m going to tell the kids they can come meet you. They’ve barely been able to hold themselves back over there,” he said gesturing to the edge off the field, “and now I think they’re worried about you.”
“Oh my,” she said with a laugh. “Come on kids,” she said waving them over.
“Anda, bromea,” he said waving the kids over when he saw them inching forward apprehensively. “¡Está bien!”
Bryson watched his mother as she got on her knees and hugged the children. In that moment, it was the first time that he had finally found himself.