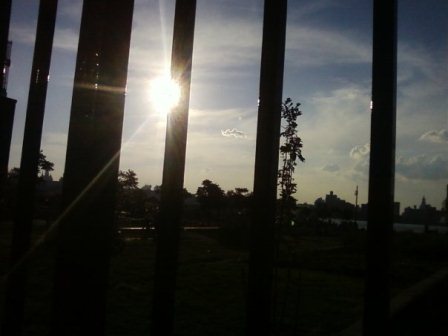 Santa Claus, The Easter Bunny, The Chupacabra, Going After Our Dreams. It’s all made of the same stuff, isn’t it?
Venturing outside the box is what’s glamorized through the media, but in reality it’s often met with judgment and persecution. Most of us stick to what’s safe and write off our dreams as childhood fantasies. What’s wrong with following our passions? Even if we fall flat on our face we can still rebuild, can’t we? We may even pick up some tools along the way, and we’ll be more fulfilled regardless of the outcome. It’s the “doing” that makes us a part of something. Not the final product. 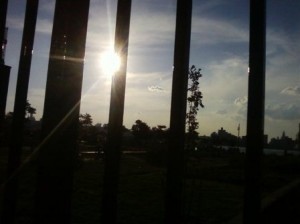 So why do we so often sabotage ourselves and others?
Many of the reasons for a negative reaction isn’t new information. For ourselves, we’re scared. Scared of not being as good as we think we are, scared of what we’ll have to give up, scared that the reality won’t be worth it, scared of failure. Being overwhelmed and uneducated about how to make it happen are a couple more common enemies that stops us dead in our tracks.
What about the times we shoot others down? It’s already extremely difficult to go after something new. Why would we snuff out a flame that was so hard to light, and even harder to keep burning? Maybe it’s because we’ll lose that person in a way if their life proceeds in a direction away from us. It’s also harder to lie to ourselves about dreams being impossible if others are in front of us making theirs happen. When we knock others down, we often try to cover up these incredibly hurtful actions with statements about being “realistic”, making sure the other party isn’t “setting themself up for failure”, or something else as equally toxic when it really doesn’t have anything to do with that. Come on — let’s call a spade a spade.
Sometimes we have to face those that would oppose us straight on, but sometimes it’s not that easy. Being supportive of ourselves or others during the planning stage isn’t always where we fall flat. Let’s take going back to school for example. Giving positive encouragement when being told of the plan to work light jobs in order to have the time and brain-power to do it makes us feel self-righteous and happy. Once it’s been placed into action, however, many of us don’t like the way it affects our lives and are the same ones showing resistance and doubt.
Education is a wonderful life-enhancing tool, but there’s unhappy people all over the world that are well educated, responsible, wealthy and have done everything “right”. Why do so many of us still think that staying in a cookie-cutter box is the end-all path to happiness?
There are so many personality types out there. Who’s to say what someone else needs? Even if there is a formula, wouldn’t it be about surrounding ourselves with healthy relationships, being physically and mentally healthy, working on our passions and keeping balance? How did it become about money, power, social status and looks?
The sacrifice it takes to go after something is often glamorized and rarely shown in a realistic light. It requires giving up a lot of what we love, choosing to accept pain, sacrifices of both ourselves and those closest to us and facing the fact that we could fail miserably. What if we have to give away our home, money, closest relationships and ability to support ourselves? And in doing so, we’re going to be fought at every turn by the very thing we’re going after which will leave us exhausted, beaten up and broken, success or not. Dreams are great, but the reality of them has a flip-side that packs quite a punch.
It’s hard. It’s hard for everyone. It’s hard to go after our dreams, hard to be accepting and heartbreaking to deal with the judgment of others.
But the positives…oh, the positives. We finally get to meet ourselves. We’ll never know ourselves the way we will if we’re doing what was put in our hearts from the time we were created. Instead of only living in the now, we get to see our future. Opportunities, people and other surprises that are right for us start to come our way just because we’re going for it. Most of us don’t really know what’s right for ourselves, but going after what we think is leads us in the right direction, and eventually intercepts with the right path. It gives us the foundation to grow into who we’re meant to be.
At some point in most of our lives, we can’t grow up and into whom we fully are until we go against the grain and fight what is harming our personal growth. It isn’t easy, but sometimes that’s the only way to find real happiness. Be supportive of others, walk your path, and when it’s your time, cut out all of the outside noise and go for it.

Tell us your story. When have you gone after your passions and what have you been faced with in order to do so?

2 thoughts on “COLOR ME HAPPY”