Canary Crap and Letting it Fly 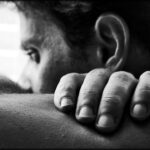 Those who try way too hard to turn truly bad situations into positive ones are full of canary crap. The following three examples will explain exactly what I mean, but don’t worry – I promise I’m getting to a bigger point.

I recently spent hours going into phone carrier stores, calling, and emailing for the best and cheapest services only to end up paying two carriers at the same time while my number was lost. Then I had to do the same things for hours while trying to figure it out. During that time, not having GPS almost got me lost multiple times which included a time I almost ended up in Mexico. I also came close to running out of gas during one or two of these lost adventures during which I only once found a gas station and it couldn’t take cards. That in turn got me so flustered that I lost my gas cap and later left my license at an Auto Body store when trying and failing to buy another one right before leaving town.

This was all during a trip to visit my family during which I got left behind for a big family outing that I had extended my stay and canceled important plans for.

In honor of third time being the charm, bank issues caused a cascade of issues and fees on bills and problems with my flight for a move to Thailand.

Oh yeah, and the cherry on top – lots of health problems right when I was supposed to move abroad. Lots and lots.

Did I somehow become the star in a sitcom and I’m not aware of it? I know I’m the class clown and my life tends to be pretty entertaining with both extreme high and lows, but this is just bananas.

By now you’re probably exasperated and about ready to give up on my getting to that point I promised.

So here it is…

Sometimes in life, these kind of things can put you in a position to have to make a big choice.

This is one example of many things that have triggered the people in my life to comment on there being a lot of signs telling me to stay in California instead of moving abroad. I have a different theory.

My brother and the boys he was in the Marines with had drills called work ups before they went on long deployments. These were two week trips into the desert in which they replicated the lifestyle, behaviors and duties they would be executing overseas. Maybe that’s what life tries to do to/for all of us.

Ever since losing my fur-baby on May 5th, I decided to finish the dream I set out to accomplish fifteen years ago when I first tried to move to Spain on a worldwide sabbatical. Since then, life has done everything to get in the way.

I don’t see these things as signs that I’m not supposed to go. I see them as work-ups to make this adventure more realistic for the challenges coming my way. We all have to face such crazy unknowns at one time or another. Mine are likely to be even bigger and require more when living abroad, so I’m going to need more skills and experience to face them. Getting used to thinking fast and being flexible are essential. All of this rough-going has more prepared me now than ever before.

I also have a theory that my beloved San Diego and San Francisco want to hang onto me as a part of the family.

Still, I’d rather not have to go through so much, whatever the reason. If I went through it abroad, at least it would be directly relatable to living out my dream. All this nonsense is just beating me up and wearing me out. I’m all for the whole love and light way of thinking, but I’m also more of a realist and am only a partial hippie in part (though many of my friends would disagree with the partial part). Those who are always way too positive in crappy situations drive me crazy. There is no balance with that and comes off as insincere. There’s a certain beauty in the hard parts of life. I do believe in the Yin and Yang of everything, and try to see the beauty in the darkness of that. Maybe I’ll reach that positive place of all light and rose-colored-glasses, but right now I’d rather see and be around others who appreciate that balance.

Tell me about you? We’d love to hear your experience of good and bad events waterfalling in the sequences of your life and how it affected something big that had been coming your way.

How do you feel about trying to keep it positive versus acknowledging the negative as well?
Let us all know!