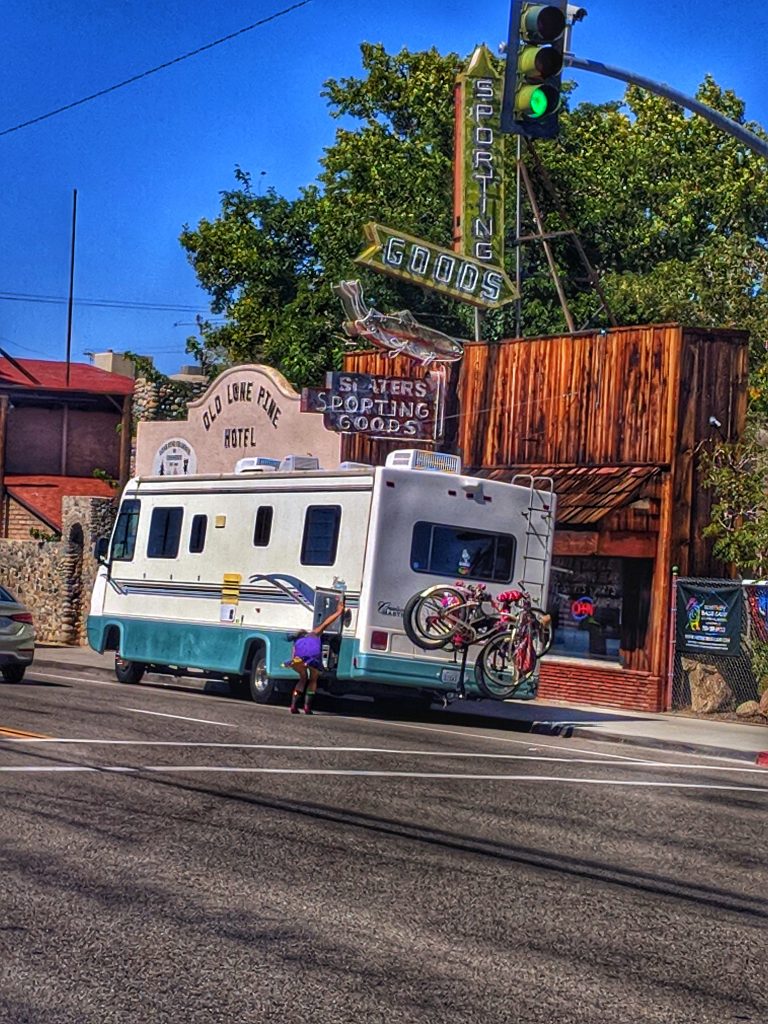 It was time once again to head out to my favorite place in the whole world (and by far the most transformative), Burning Man.
After my aging parents had accidentally donated important belongings I had boxed up in their garage, I had secured a semi-seedy storage unit the size of a closet but for only $40 a month. Thanks to having a place for it, I was able to save supplies, I was able to cut down in my quest for what I still needed to two or three trips to pick up items found on Craigslist (like a bike), Dixieline (swamp cooler) and four or five orders off Amazon (costumes, heating packs, etc.). Maybe a little silly, I was excited and proud of myself for being ahead of the curve compared to my previous three years. 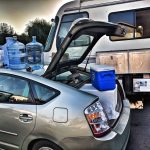 All set with my own personal checklist, or at least as much as I was going to be for the year, I had been up until 11:30 PM the night before hanging and handling last minute prep with the help of Fuckin Jewels and then unintentionally woke up at 4 AM before exhaustedly heading out during 7 AM rush hour to meet up with my carpool in the nicer pocket of a questionable area of San Diego known as City Heights. The lead of my ride, Mia, lived there and was the only woman of the four I had previously met. I liked her instantly. 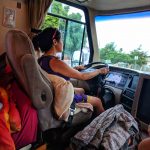 Radiating kindness, playfulness and a caregiving spirit even online, the vibes I had been getting had only been solidified once meeting her in person when I had stopped in on her enjoying champagne brunch in Old Town after a run for a fun “drinking group with a running problem” she would later introduce me to called the Hash House Harriers. Being around the same age (which, as usual, would take a few reminders for her to remember), being a nurse (my people) and constantly flashing a big and playful jokeresque smile which was endearingly accentuated by being a petite Asian-American, I was already casually hoping we would develop a friendship beyond rideshare companions. 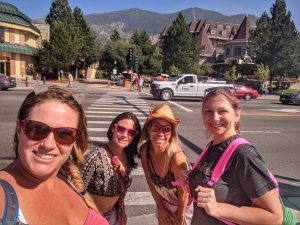 Starting what I had come to find as an experience within itself, the journey to the burn had begun with my already being worn out and hazy from not yet having time to recover from India. Thoughts about the irony of decompressing from that trip by going to my own intense journey of pilgrimage kept me amused albeit a wee bit nervous while unloading my car and packing the RV. Mia along with Rebecca, an aging (and proving we can still live fab over 30) ex porn star with the style of a cheerleader barbie doll were the women I had originally met on the local Facebook burner page who were going to be staying in the RV and were leading the rideshare. Well, Mia was really the one holding the reigns with a pop-in from Rebecca on rare of occasion. 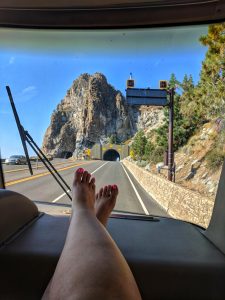 Heading out a couple days earlier than originally intended, the three of us who had joined in for rides only, myself and two younger women, had been caught offguard when being told about extra expenses too late to figure something else out without excessive stress and effort. Specifically, we would be staying at hotels in Lake Tahoe for two nights on the way there and two in Reno on the way back. Not only was the cost of the rooms added to our budget but also the extra days we would have to take off work. Ballin’ on a budget meant that the start of the trip was a little more stressful (in line with expecting the unexpected when it came to the burn) but was also exciting once given the OK to pay later. Specifically for the ideas not only of comfort on the way there and back but also getting to spend time in our beloved Tahoe and a huge pool party on the way back. For all the things the burn was, comfort was NOT one of them. I didn’t fully know it then but those two adjustments were about to provide experiences that I was to want to become a normal part of my annual routine from then on. 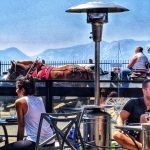 I was not a patient woman and it was only getting worse the older I got and the more I got used to being alone. In was also ten-fold at the burn thanks to sleep-deprivation and to being at my limit of stimulation. In ironic contrast, that left me with so much love to give but also very little tolerance. Something I tried to reign in as Rebecca was on nonstop mode with whippets and complaing which both tested my limits by grating on my nerves and worrying me. I was able to find some compassion for it, though, as I got the impression it was related to anxiety and, while it seemed likely that she used to be a sparkle pony, she had learned to chip in. Maybe not as much as Mia (little Mizz kick ass doing everything) and on a lesser note myself (who was feebly trying to support Mia) but still tried. By the end of the burn, I had mixed feelings about her. Something that meant I’d probably like her in a less stressful environment where we weren’t required to be up in each other’s personal space while also relying on each other so much. 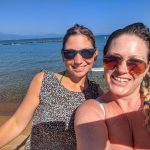 Elena, a cutie-pie joining our crew who also followed in line with myself and Mia in regard to looking younger than our actual ages, something accentuated by her being tall and thin with a blond bob, was a chatty 29 year old woman with a strong Russian accent who still had an innocence to her despite how scrappy she had provento be by all she had gone through coming to America. A sign that she was going to do great on the playa. 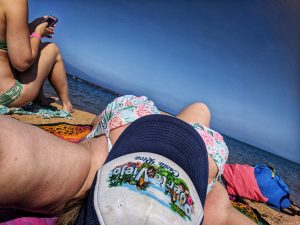 Having issues with the air-conditioner not working in the huge RV as we all took turns driving from SD to Tahoe, the two of us woke up alone in the hotel our first morning in that enchanted lake town full of pine trees as Mia and Rebecca had left to get the RV looked at. The scent and sunshine refreshing us as soon as we stepped out in our sundress-covered bikinis to walk down to the lake, myself also being filled with memories of childhood family trips, I was happy. 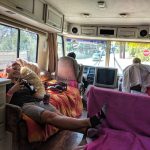 I was also instantly overwhelmed by nonstop chatting being directed at me as it was just the two of us (the fifth and youngest of us five, Jewels, had taken off with a local friend the night before) as we walked up to a local gal miserably trying to smile through a cold while doing her job of granting access to the lake’s beach. Talking to her for a few minutes, the attention went back to being all on me as we laid there sunbathing while I wished for quiet meditative time while at the same time not wanting to cast her spirits down by asking for it. Trying not to be distracted, it bummed me put that I wasn’t in a better headspace to meet her on that plane as she was such a sweetheart, low-maintenance and had been doing her part to chip in. Dropping her off the next day with her Russian camp, I look back and wish I would have made more of an effort to roam the playa with her. Even if she WAS on the other side of the playa. ? 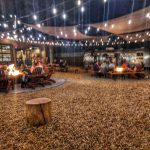 Jewels (not FJ/Fuckin Jewels), a woman in her earlier twenties, was the youngest and the one who, while I could see the sweet side of a girl who wanted to do the right thing somewhere in there, more so both infuriated and insulted me with a constant ignorance and self-importance that I could only hope was an immaturity that would be outgrown. Also because, once again, I was extra situationally sensitive.
She and Rebecca were both always running late but she was by far the worst and seemed to have a self-entitlement of expecting us to do things for her. Never having been, she loved to tell us vet burners what Burning Man was all about, talked about drugs the whole way up as if it was nothing but some kind of rave (NOT my thing) and was the first to scratch the gigantic RV after acting like she knew what she was doing before driving it. She was a festie and seemed convinced that was what Burning Man was, which was a great big no no in the community. By the time we got back, I actively avoided the brewery she worked at, though I doubted she’d be there long given the team-player work ethic she’d proven not to have. At least not yet. 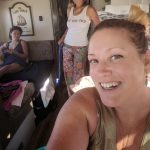 Rebecca and Mia returned in the afternoon to meet up with Elena and I and were sweet to cover the majority of an expensive dinner at a restaurant overlooking the lake so we could all enjoy it together. An extra super cool gesture since the rest of us were already way over our budgets. Something that’s hard not to do at the burn and they would also be experiencing by the end. Later that night, Elena and I walked into the hotel room after a spa session that loud splashing kids had chased us out of to a cloud of bacon smoke that started as soon as the elevator doors opened and trailed all the way to our room as Mia had been prep-cooking for her camp. 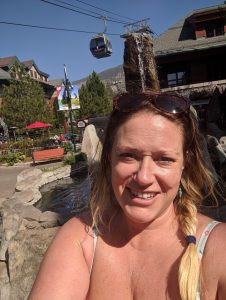 Bacon and PBR. Two things that can be found in abundance on the playa. Giggling at the tasty cloud, enjoying celebratory drinks and joining in the dance party after Mia had also take off her skirt after exclaiming that she was too hot, it was time to crash out for our last few hours before hitting the playa. Well, time for them to crash out. Once again, I couldn’t sleep. Shocker. 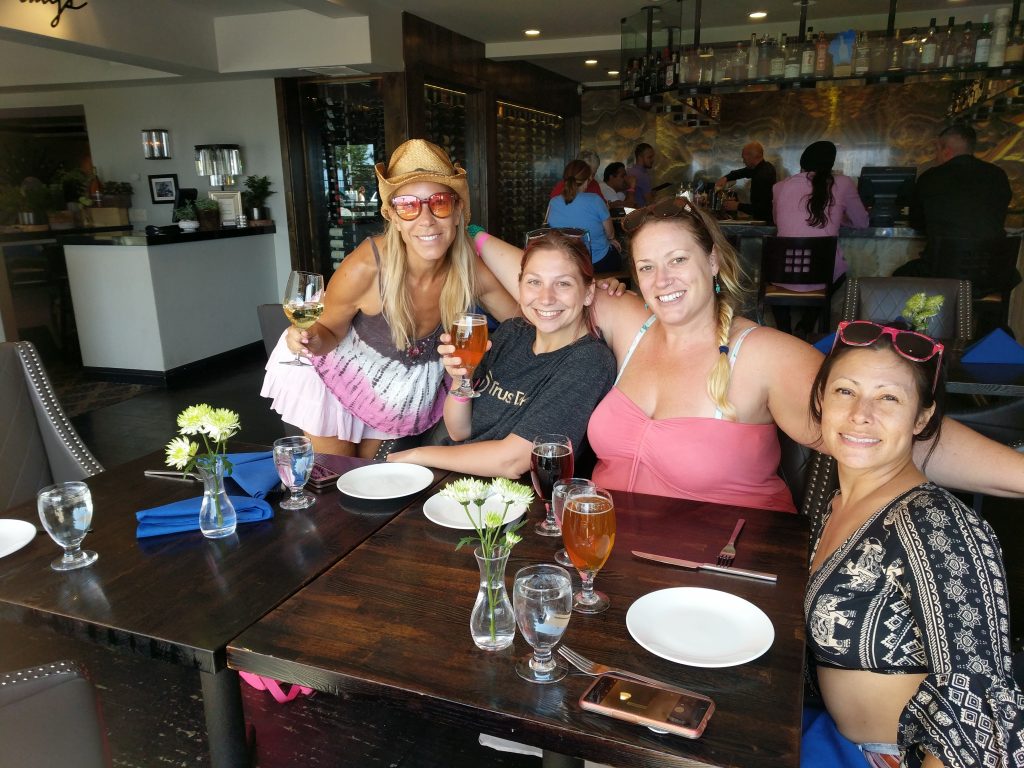 The thing is, when we go through such a big and transitional life experience with others, regardless of how we react at the time, we are forever connected to them and that plants a seed in our hearts. In this case, those seeds have grown into love for all of them. Yes, even for Jewels. ???