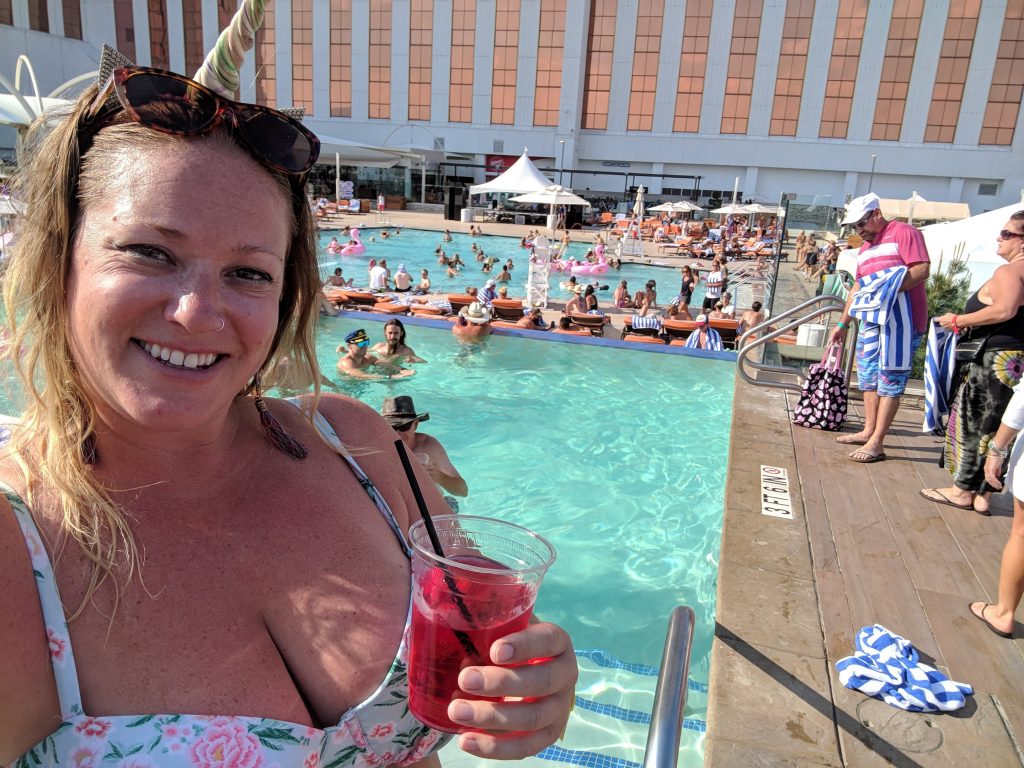 In the years I’d been going, I don’t know why it never dawned on me before takeoff that the journey back after Burning Man was a huge trek within itself. By the time packing up, herding the crew and actually getting through playa traffic was done, it could easily take eight hours to get to Reno. Eight if lucky. Way more if there was an accident anywhere down the two-lane road, an Amber Alert (like 2016) or any number of other things.
*Cue a runaway building-sized eyeball with a narwal horn and dragonfly wings.* 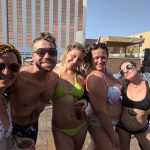 Originally grouchy about adding another stop after the burn, when the time came, Grand Sierra Resort in Reno had actually stopped me from having the mixed feelings of being bummed as the city started to break down while at the same time trying to amp up for the man burning. What it also added, and I ended up being so incredibly relieved for, was indoor sleep, a huge pool after-party the next day and one last night’s sleep before the long drive home. 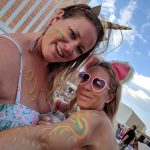 Continuing our pilgrimage meant that there were of course be a few more hiccups. First not being able to find a dumpster that had any more room for the loads of smelly trash we were taking off the playa and then when I hit a car parked in the wrong spot when trying to park our gigantic RV at GSR. Finding the man who was renting it to own up, I lucked out when he said not to worry as insurance would cover it. Only a burner still riding the magic could be so cool.*tear*
I, on the other hand, wasn’t exactly channeling that same magic when flipping out on rich dude Mia was acquainted with for taking my spot in bed on that first night when he had his own damn room. I way too tired from the previous two weeks, two months if including India, to let that shit fly. 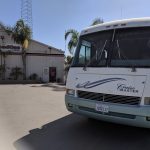 Finally home in San Diego somewhere around 3 AM a couple days later, Mia and I crashed at her pad for a few hours after Mom had left me stranded there (I’ll spare you the ugly details) and then woke up to find that the RV had been towed for blocking a street that was a dead end alley. Adding to the fun of that experience was being covered in flea bites in the tow yard office when going to pay the $800+ to pick it up. An infestation the people who worked there knew about but didn’t manage to mention. The people who work at those places are always such lovely folks. For a grand finale, it was just her luck to hit a neighbor’s car with that beast of a motorhome after I had gone. Major lesson learned: no way do I ever want to drive a vehicle that big again. Though of course the thought of it still makes me cringe, I giggle a little at the hot-mess of it now. 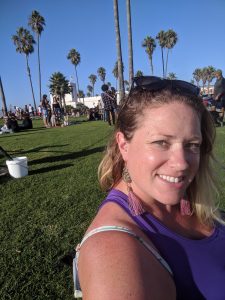 Unwinding for the rest of the month was pretty low-key. I was back at my place in Ocean Beach, picked up a new insanely expensive rental car to continue driving for Lyft and just generally recovered from India and the burn while showing off little badges of honor by wearing colorful Indian jewelry and putting my majorly dried out fingers on display. Playafied, baby. 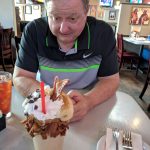 Beyond that, I was back to my normal SD life. Chilling out at the beach, eating acai bowls, hangin on a buddy’s boat, writing from cool spots like my favorite local cafe, Te Mana, friends, farmer’s market on Wednesdays and caught up with loved ones. Happy times that included taking my pop for a movie and a crazy ice cream float at Slater’s 50/50 (you know, to prove I was still American) and spending time with all my sisters (two from another mister and one by blood) and the rest of the fam (minus mom) doing fun local stuff like coffee or coctails and the beach. 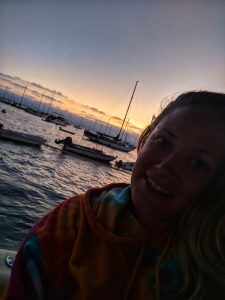 Goodbye and goodnight, September. You were the last month of big adventures for a while. And for once, I was totally OK with that. 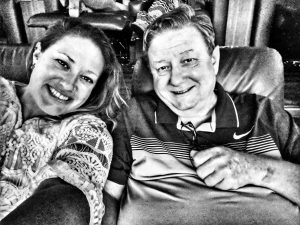 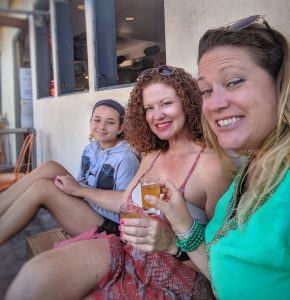