I was down to my last two nights in Thailand.

Up at 6 AM, I was at the bus station by 7:20 AM and, after realizing that my ride was leaving at 9 AM instead of 8 AM like I had originally thought, it didn’t take me long to become more relieved than frustrated to have both gotten away from our horrible Airbnb hosts and also to have inadvertantly eliminated the stress of being rushed. Though still tired, I was had slept 11 hours on and off the night before, so I reminded myself that I had no right to wine about it. Especially considering that I was about to successfully sleep nine of the upcoming eleven hour drive. Thank goodness for the motion pills I still had knocking me out. Also for the bus smelling like air freshener instead of the nasty raw sewage and rotting garbage smells that are all too prevalent in Thailand. 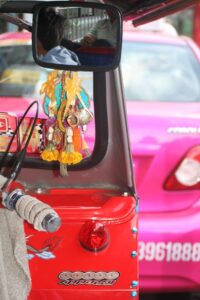 What wasn’t easy to deal with was that I was sat next to another lovely lady of ample curves. Though trying to not make each other uncomfortable, we were practically on top of each other. Looking back, I should have made pals and asked her to cuddle. Something I would normally do if feeling well but I was suffering from a case of the travel-exhausted leave-me-alones.

When finally pulling into the station in Bangkok, I instantly exhaled at the more familiarly built up and somewhat Westernized city. Quick to notice a few high-level Mercedes driving by, it was the fuchsia taxis that really got me excited. Within the first hour I had already grown to like this city more than I thought I would and when finally getting to that Shanti location, I was unsurprised to love it just as much as I did expect. Well, the restaurant and staff at least. The rooms were small and minimal (as I had heard) but still cute and came with a lovely shower/bathroom combo with shells and other great adornments. Fine for me as I don’t require much though my 75 lb suitcase was singing a different tune. Happy to have my stuff back, I also couldn’t wait to get rid of that thing. 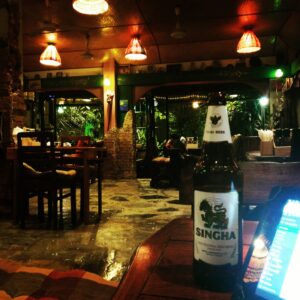 After a friend from GLT reached out about her twenty year old honorary niece who was alone in a hospital in Bangkok with Dengue Fever, I quickly changed my plans for the next day in order to go check on her. Grabbing snacks from 7-Eleven, a fresh watermelon drink made by a street vendor and the stuffed elephant originally bought in Chiang Mai for my five year old niece, 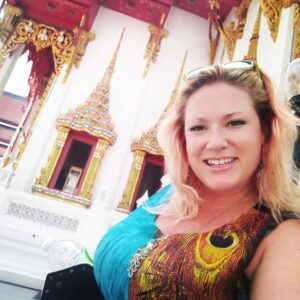 I stumbled upon a temple (hard not to do in T-Land) looking for one of those fuchsia taxis I got such a kick out of until finally making my way to the hospital. Meeting and sitting with this tenacious twenty year old, I remembered the strength and adventure of being so young as she told me about studying abroad and then parting from her friends in order to travel Thailand alone. Had I not known, I never would have guessed she had been so sick, though the relieved-excitement of finally getting better is pretty great. Something I regrettably hadn’t slowed down enough to enjoy after food poisoning. All the same, it was fun to see her relieved excitement when given the drink and cookies that resembled Oreos. Familiar in a land of strange is everything.

Satisfied that my niece’s elephant had been gifted for a good cause and also feeling a little re-inspired, though at the same time reminded of the sadness of not being able to do these adventures at her age when stronger in spirit and body, I left thankful for what was to become one of the more meaningful experiences during this visit to the country. 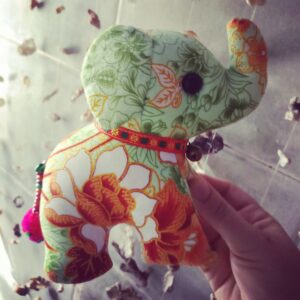 Still daydreaming about the future of my nieces traveling, adventuring and how I may be able to be a part of that, I was only half paying attention on the ride back in yet another fuchsia cab as I PMed back and forth on Tinder with a sexy businessman from the Middle East until agreeing to let him meet me in the restaurant of Shanti for a quick date. A few hours away and getting back before his arrival, I finally had a chance to sit with Kim, the owner of Shanti. Down to earth and friendly, she distractedly told me about a lowlife who had been trying to twist her daughter in Portland’s generosity as a landlord after she had done so many kindnesses by this man. I’ve only heard one side of the story and haven’t seen proof of any kind, but based on what I do know of Kim, I have reason to believe this to be a case of a lowlife and predator targeting her. 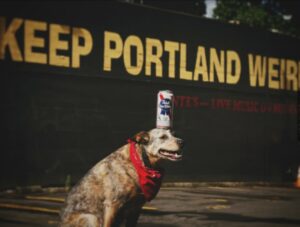 On the off chance that any of you out there can help, throw me a shout and I’ll get you in touch. Sounds like this lovely South African woman doesn’t have too much of a support network over there. Sure would be nice if I could be a part of introducing her to one or two Portlandians who could help her build her one.

With Kim departing thanks to the stress making her feel ill, I hung out working on my book until the date I had been waiting for finally got off work and arrived about an hour before I said I wanted to go to bed. Quite surprised as I expected to be more annoyed than anything else, I was thrown off by how attracted I was to him as he walked up. Young, intelligent and exuding powerful energy, it was no surprise that he ran his own IT company and flew around the world for it. Thank you Tinder.

As we talked, he told me about a fun street not far away, Si Lom, and about enough fun stuff in the city to make me wish I was staying longer. Not to mention the Unicorn Cafe I completely forgot about until shortly after leaving. I had already been thinking about how I wanted to hit Thailand at least one more time so I could put all I have learned into play. Kind of a symbolic thing. Now I had an extra reason to not only come back but to celebrate Songkran one more time and to do it in Bangkok. 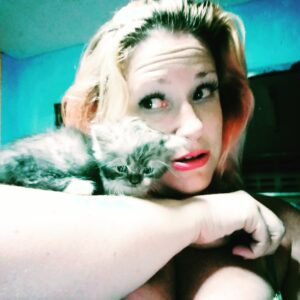 After all my talk about wanting to get to bed at a decent hour, I ended up being the one who wanted to throw it all out the window and stay with him. Regardless of the way my tune was changing, he was a perfect gentleman in advising that I should get up at 5:30 AM, not 6:30 AM, and made sure I know that he wanted to be with me longer but respected that I needed to get some rest. An idea that I had completely thrown out the window once he had kissed me. Needless to say, I was one smitten kitten and now have something fun to look forward to.

With my cab being MIA the next morning thanks to a staff member writing the time down wrong, something that would be hypocritical for me to get too upset about given that I was the one speaking the foreign language, I managed to get to the airport on time and even get my gigantic suitcase on without the hassle than expected. My time in Thailand was over. I was officially on my way to London. 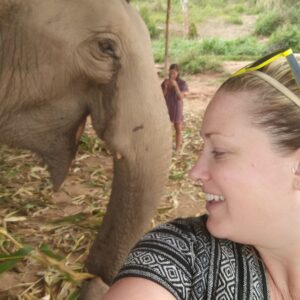