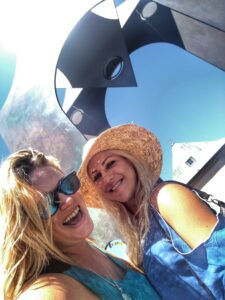 Jewels and I had known each other for a couple years via Facebook when realizing that we were both a part of the same San Diego beach community, Ocean Beach, and had graduated on the same day from the same school. Her with her masters and me with my BA. Finally. Without ever having met, she had offered me a place to stay if/when ever needed during the time that I was stranded during the ‘ol pickpocket incident in Ko Phi Phi. After that, when I started thinking about my plan for where I was going to crash back at home for the summer, I thought it good karma to give her first shot at some extra cash. 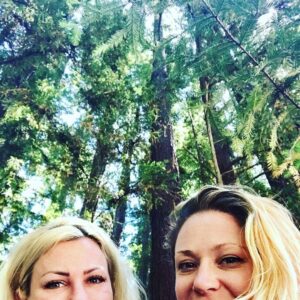 Something that, having lived on her own in her (I was soon to find out) amazing pad for years, she was a little nervous about but still gave an excited yes! On a weekly trial period, of course. Perfect for the life of a digital nomad.

Back in the Bay a week or two later I was getting excited for departure finally closing in but also a bit bummed about doing another trip alone. On a whim, it dawned on me that she just may want to join. Something that proved to be true when I asked as a similar trip she had been planning fell through. As it turned out, we also had both being going through hell with things that had recently happened to loved ones. We were in the right zone to feed our souls and recover while sprinkling in some fun. It was certainly feeling like one of those serendipitous moments where people are brought into each other’s lives for a reason. 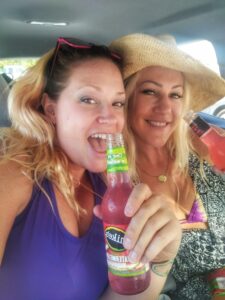 When pulling up to the Oakland airport, I instantly knew it was the right decision when spotting her at the curb in her floppy hat, cutoff shorts and shirt that read “Fuck it ⚓️ Let’s Drink”. Driving up, my expectations had already surpassed as I jumped out of the car for a big hug before hitting the road with instant laughter as she told the story of her rad flight with drinks, a cute dog and a handsome man. Oh yeah. We were on our way.

Hitting the road directly to Napa Valley, it was time for wine. And a lot of pictures with dogs everywhere we went. Crazy dog-ladies unite! 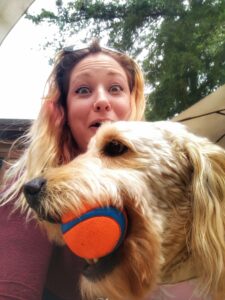 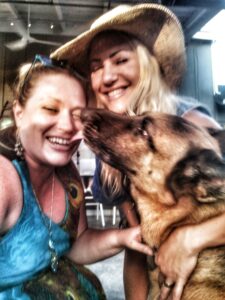 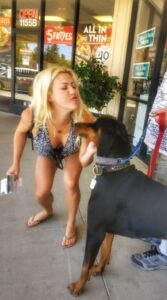 After conspiring to turn Jewels into my freelance assistant in order to work the perks angle of my writing for a luxury lifestyle magazine at home in San Diego, we made a quick stop at Robert Mondavi Winery (nice venue though too commercial for our taste) before making it to a spot that was expecting us down the street by the name of Peju Province Winery. Proving to be much more in line with what we were looking for, both the grounds and interior offered a unique and creative atmosphere with a Pinocchioesque style building (as the friend who had taken me the month before described) with a beauty and uniqueness that radiated through design and art both inside and on the grounds. All details that make it one of the wineries I eagerly recommend in the region.

With tastings by invitation only, we should have known better, but were quickly misbehaving by jumping into the property’s focal point, a fountain, behind a sign expressly asking not to do so with a fun group from Texas who were regulars. Love me a bad influence. 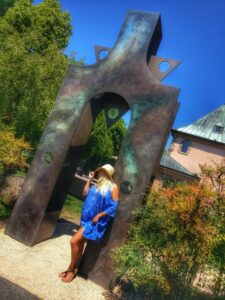 After tasting some good wine there, Jewels, in honor of being an interested horticulturist, got the lowdown from a long-time older gentleman filling her in on the detailed history of the beautiful and unique plant life at the end, of which, we enjoyed a greatly entertaining “drop the mic” moment when he turned abruptly once done and unexpectedly walked away. Adding even more to that moment of entertainment, his turning around to repeat after our giggled comments that, yes, he had indeed dropped the mic.

Moving on to V. Sattui Winery, (another nod to the same friend, Renee, for the intro) not far down the road, we tasted wine and shopped in their gourmet marketplace full of fancy cheeses (a weakness for us both) and other deliciously fancy options that can easily add up to a worthy picnic to be enjoyed on their ample grassy grounds. 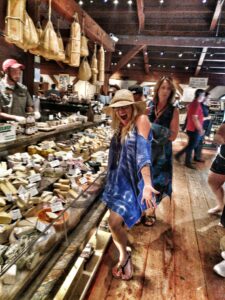 Something we took full advantage of until the day started to slip away. Looking for a place to witness one of her beloved sunsets, something I’m sad to say we didn’t end up finding, we did find an amusingly awkward happy hour at a lovely restaurant that looked like an old and large white-washed barn turned restaurant with live music. Excited at first, until scoping the crowd of which appeared to be a little too uptight and awkward, even amongst their own. Something that gave us a *scratch our heads* moment considering we were from from the super friendly and social beaches of San Diego.

Moving onto a large local dive bar with a lonely older gentleman stuck in his glory days in tow (we were taking pity on him because he had a cute dog), I promptly mistook the grandson of a winery owner as an employee by the way he was leaning with arms back on the side of the bar with a bored expression on his face. Something we thought he had blown off with a laugh until a woman came up to us with a “do you know who he is” kind of comment. Cutting her off with a stern “OK, BYE”, sure it was annoying, but it also came with it’s own level of entertainment.

Taking our leave somewhere around the 10 – 11 PM hour (driving meant no more drinks for me) and stopping to charge my fully-electric car, we made it to our hotel around midnight and even managed to get up in decent shape for the next day’s escapades. 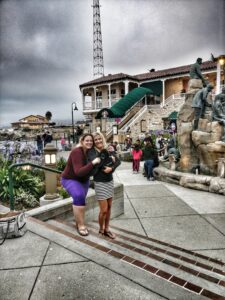 Hitting the main strip of downtown Monterey first, a street named Cannery Row, we got right back to tasting at a wine room by the name of Carmel Ridge Winery of which I had already given a mention in that month’s magazine issue. Afterward we made our way to an Airbnb I had insisted on staying at, as it had both a Robin and a Wren Room. The name of a friend who had recently been lost to heartbreaking circumstances. Having an emotional moment with the older woman who owned the house and her husband, she had added to the symbolic nature of that brief (and expensive) stay by showing us some bird eggs that were due to hatch any moment. Even more, Jewels spotted a Blue Heron. Also symbolic in a way that heightened the depth of our trip, whether in our head or not. 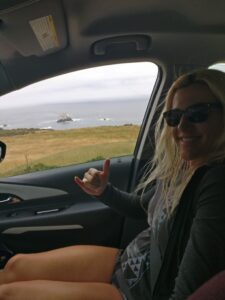 Stopping at the Big Sur River Inn for a bite before heading to our shuttle pickup in Andrew Molara State Park, we lucked out in that we made it there on the first weekend of the Sur Transportation shuttle service. Something now offered for folks to once again have a way to get around Big Sur until the Pfeiffer Canyon Bridge rebuild is complete. Well, “up” may be a better way to phrase the service than “around” as participants are taken to the bottom of a mountain where a steep and notably challenging, though not too terribly long, trail by the name of Pfeiffer Canyon foot trail had been forged by locals and those working on restoration for a beautiful option that allowed us to make it to Nepenthe Restaurant. A place with views of the ocean, forrest and even horseback riders that falls pretty high up in the “wow” moments of my travels. 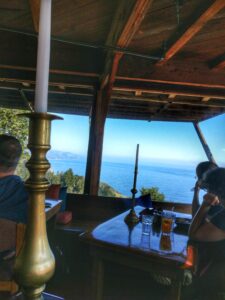 Continuing on our trip as traveling road warriors, we made it to Paso Robles later that night and had an amazing time at Tobin James. A winery Jewels was eager to go to as she was already a fan of their wine. After that, LXV Winery. A tasting room that pairs sensual and exotic wines with spices that I had also previously written about. Happy campers with the new friends we made and stream of pups coming in with them, we were even lucky enough to be given an impromptu performance from one of the women working there.

It was all fantastic. It was also time to go home.

Home….San Diego… It had been too long and my world had changed. Evolved. What did “home” mean any more? I can only imagine how much more I’ll continue to feel like that as I get further in.

What I can’t imagine is San Diego ever not being my life’s location foundation. I was absolutely homesick for it and, with a couple more coastal stops to charge the car, was super excited to get back. Even so, I was already thinking about buying my next ticket. 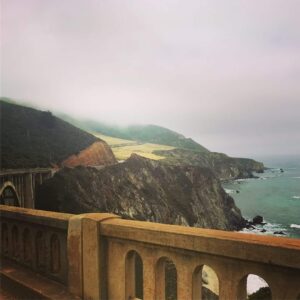 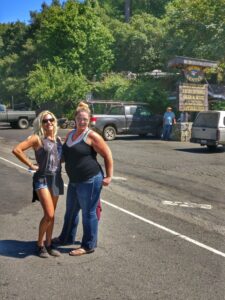 6 thoughts on “Road Trip! New Pals, Wine and Dog-Loving Along the California Coast.”