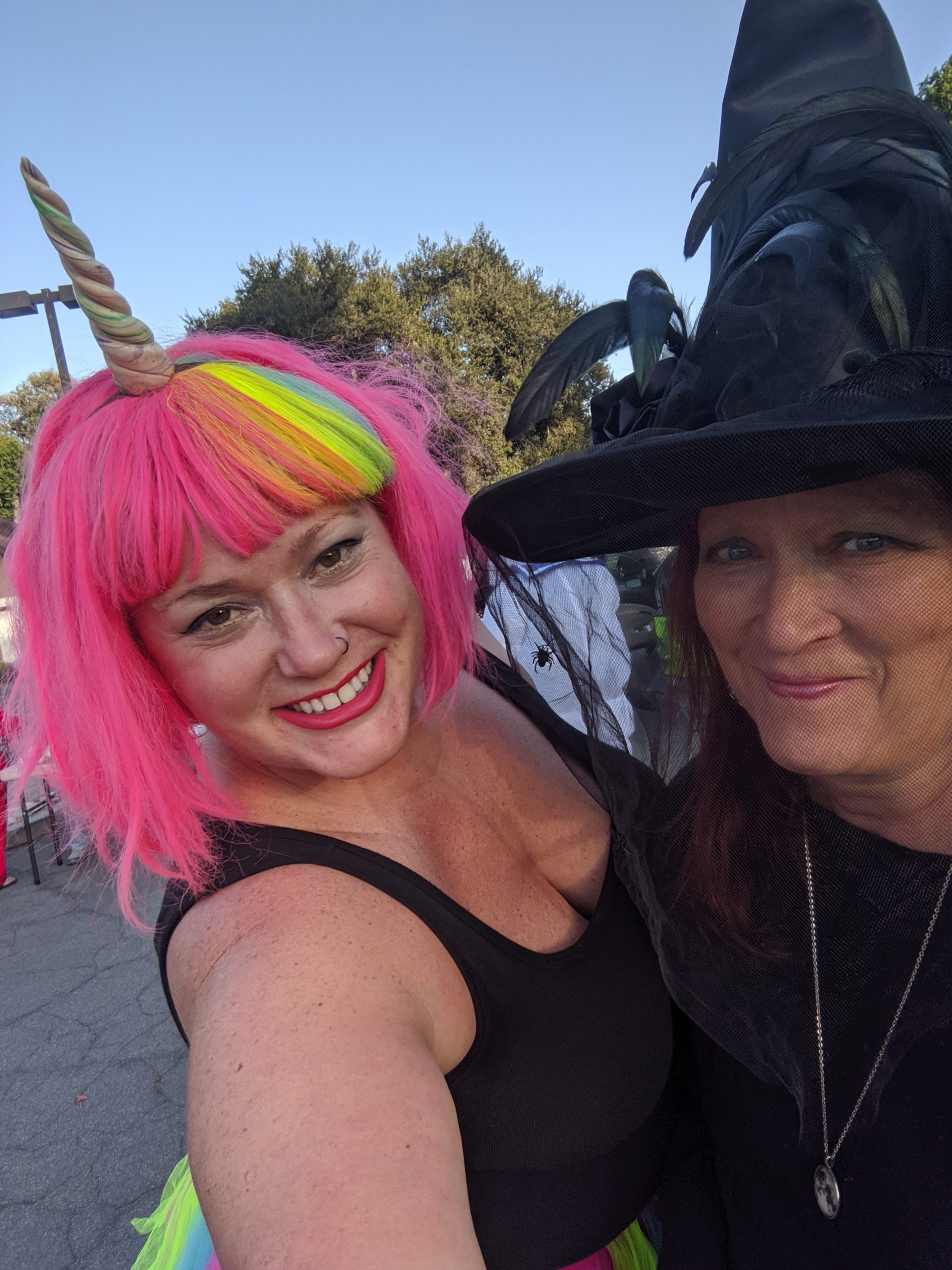 October started with a bang when San Jose Nicki (not to be confused with Nikki) came to town for her 40th birthday. As a reminder, she was one of my besties in my late teens/early twenties when the two of us and the Lugo sisters all went to high school together. Kate was already friends with her back then which and how we had been introduced. A couple decades since Nick and I were close, we only saw each other two or three times a year despite my living half an hour away when in Nor Cal. We brought it back with a bang, though, when she threw my 40th celebration for that side of the state and was coming to celebrate hers with us. She had said that she understood my needing to work during that time but as soon as the 1st arrived, I was already distracted and justifying skipping out on hours enough to be blowing off my morning shift to wait for her. It was a fun few days albeit probably close to a $600 one if including that time missed behind the wheel. 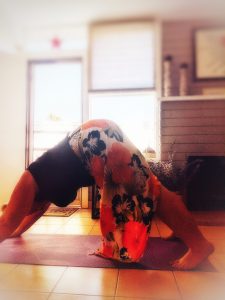 After a morning of waking up to drink coffee on my patio and do some yoga while waiting, her flight arrived and it was time to head out for the always delicious Mexican food of San Diego at Miguel’s in Old Town. It lucked out that another friend from San Jose was also in town for work and Leilani, was able to join in the fun for the whole day as well. Also Wendy and Kati for lunch and Nikki later on for the beach dive bar around the corner from me called Lucy’s. First, though, with an impromptu show of weirdos getting agro with each other at the seedy motel across the street from mi casa called Ebb Tide. That’s OB, baby! 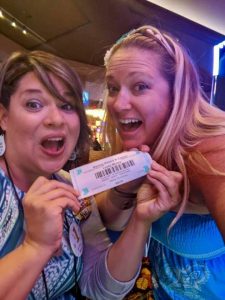 The next day being her actual birthday, Nick and I headed to Barona Casino with Pop and holy hell did that place spoil her. So much so that it became a happy joke. Not to mention a note for self in the future. Hanging at the Satterwhite Sanctuary when getting back, later we made our way to Nik and Brent’s for dinner followed by her spending the night there while I went home for some much-needed quiet time. The next day, we had a BBQ and sleepover back at the fam’s to celebrate one more time. A night that ended with the two of us drunkenly watching Post Malone videos as we came up with different scenarios about his history (so much better than looking up the real story) and commented about how we couldn’t look away from the talented train wreck. Cue plenty of ammo for future jokes. 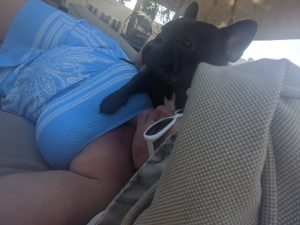 Alone and left to spin out on my own thoughts once again, I was back to feeling plagued by the mixed feelings I was having about not just her but everyone. I enjoyed and was thankful for our time together but also resented feeling more obligated than I could financially afford (which I tend to do to my own damn self), the ways I had been unhappy in our relationship, her flakiness (a hot spot for me) and how I never saw her in the Bay. I tended to feel both sides with most people, though, which I believed was being real to and for them as well as in our relationship. A newer challenge to consider was how the whole almost dying thing was starting to take its toll on the way I was thinking and how I was feeling. I didn’t know what I could trust in the ‘ol noggin. Processing the experience was still new and it was going to be a long journey. 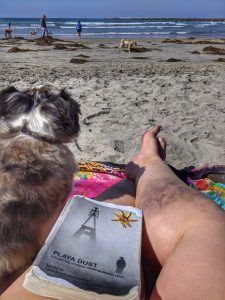 It was a month with a couple big 40th birthday bangs that had a lot more of the normal day-to-day in between. Farmer’s market, being a foodie with too much going out to eat (what with always being on the road working), took Pop to Barona again, Balboa Park, the beach, treating myself to pedicures, making it to another more my nieces soccer games, car maintenance, Barona with Pop and occasional hangs with friends when meeting up with Kate and and her friend at El Perez (Pacific Beach/PB) and a night out when heading out to a venue called Music Box with Mia when we went to see some violin-playing DJ who went by the name of Govinda and was going to be spinning EDM. I also went to Oktoberest with Jewels but that ended much earlier than expected when I half blacked out from smoking weed. Yes I knew better but I was trying to be one of the crew like I was 15 all over again. Hey, don’t judge me, man. We all have our moments. 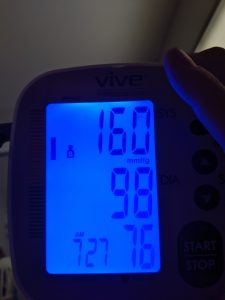 There were a few things that weren’t back to normal. Brigit had a small heart attack on the 6th. My Brigit. The friend/mother figure who had become one of the most important and supportive people in my life. The world slanted just a little bit and got hazy. Of course I wanted to leave right away but Dr. Vlad’s response was something along the lines of “it’s better she has a heart attack than you die”. I don’t think it was those exact words but it was something close and enough to jar me back into reality. There were also a few medical scares of my own related to the ITP and steroids I had been on. Feeling horrible one day and shaking like hell, I was determined to still make it to Bar Pink where Nikki and the band full of moms she was in were playing, her being the drummer. Well I made it but felt so horrible that I had to leave early. Turned out, as doc Vlad would soon let me know, that I was crashing off the ‘roids. My blood pressure was super high and I was having heart palpitations. More side-effects of the treatment, though Dr. Vlad didn’t seem to have any interest in hearing me when I stated multiple times that I hadn’t had any major problems in that area before. Adding insult to injury, he was too stubbornly set on it being because of my weight.

Back to Nikki, it just so happened to be her turn for a 40th birthday celebration on the 25th! Giving her a tortilla blanket a few days before as an inside joke, we went to go see a Queen cover band at, for the second time that month, Music Box. It was her choice but I wasn’t happy about it at first. She had started talk months before about all of us renting a house that came with a private chef in Costa Rica. A much bigger celebration and I thought she deserved it. True I also was a traveler who loved Costa Rica, but that was secondary. I had seen too many who originally started with a big plan for their 40th only for it to be shot down by people around them. Well, turned out that I was totally wrong and it was awesome! The singer was amazing, though he seemed to be an ass when I watched the way he talked to his band from a few feet away. Hopefully he was just having an off night. 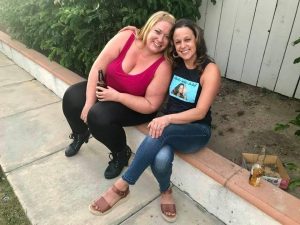 Over all, it was a night of splendid entertainment. Because of the show and also because of being back together with so many friends. It was great to be have Team OB running around being ridiculous like old times as was seeing the Sea World trainer crew from our twenties. Alas, the steroids were still getting to me so I wasn’t feeling my best. Still, I managed to hang in there for the show and even managed to make it back to the Brick House (Brent & Nikki’s house) for a rowdy after-party that continued the flashback to our twenties. Good times with my favorite part being when it ended with me, Brent and another friend (Rachael) talking until almost sunrise. 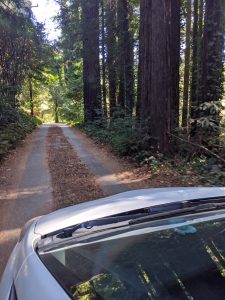 Getting the OK from Dr. Vlad about my numbers being decent enough to leave a few days after, I jammed back to Nor Cal on the 29th as fast as I could to be whatever support I could be after the heart attack and to spend Halloween with Brigit and Aaron. Something that ended up scary indeed as it turned out that the trunk-or-treat event we crashed in a parking lot was actually for the church attached to that parking lot. They tolerated us joining in with letting kids trick-or-treat out of all the decorated cars but weren’t thrilled. I could have killed Brigit if the two of us hadn’t already “been there, done that” recently. I totally have the kind of religious PTSD that comes from being raised Catholic. Churches give me hives. I really didn’t need to deal, on top of that, with a priest who came off as a sexist (and likely racist) small-minded man from a small mountain town who thinks he’s a god himself. Maybe I’m overreacting, maybe not but I got through it and at least got her to go with me to Henflings after. We both liked that bar and it was rare to get her to come out so I was happy enough in the end. Plus, once again, ammo for something to laugh about in the future. 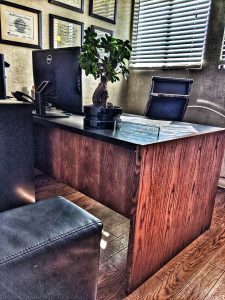 What a trip (pun intended). I had planned to be living and teaching in S Korea by the end of the month but instead had ended up covered in huge bruises, almost dying and on steroids. My goal hadn’t changed, the timing had just been pushed out. That always seemed to be the case for one reason or another. Still, I didn’t know what to expect with such a big new shift. It was just so…I didn’t know the answer to that. I didn’t even know how I felt. 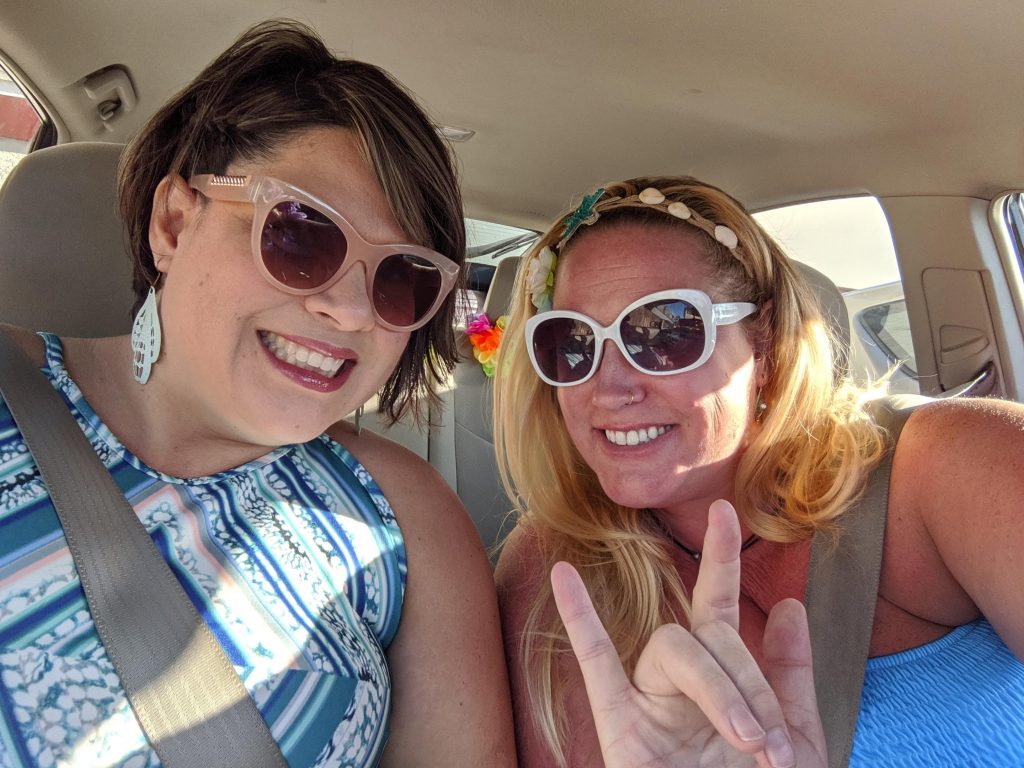 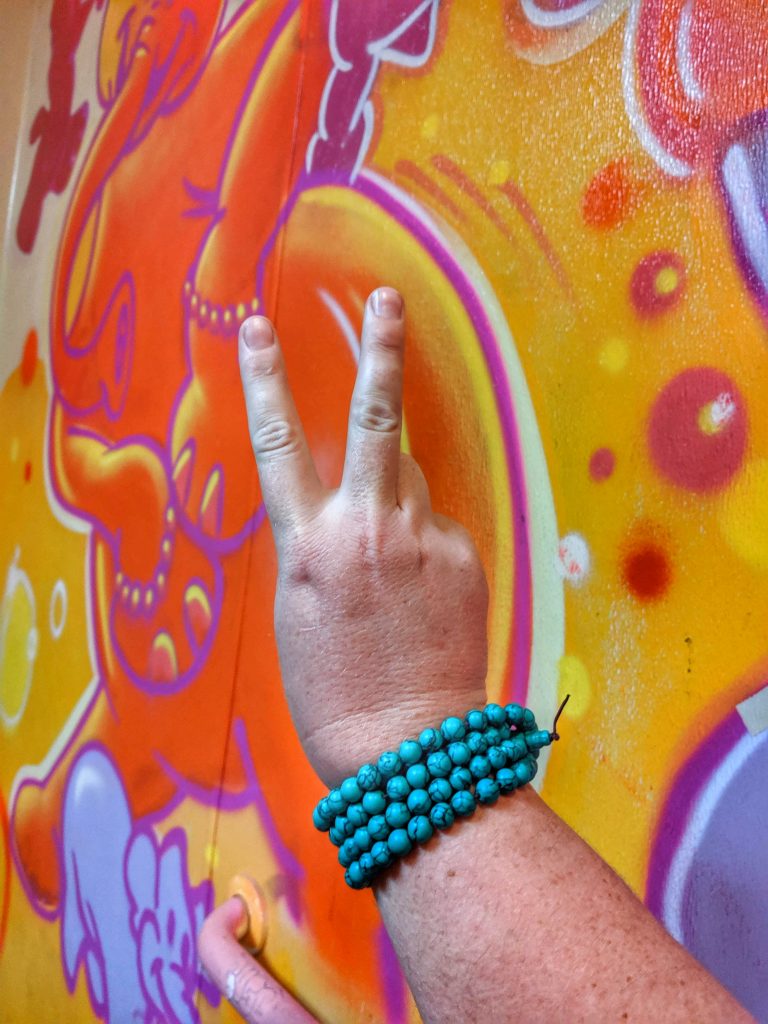 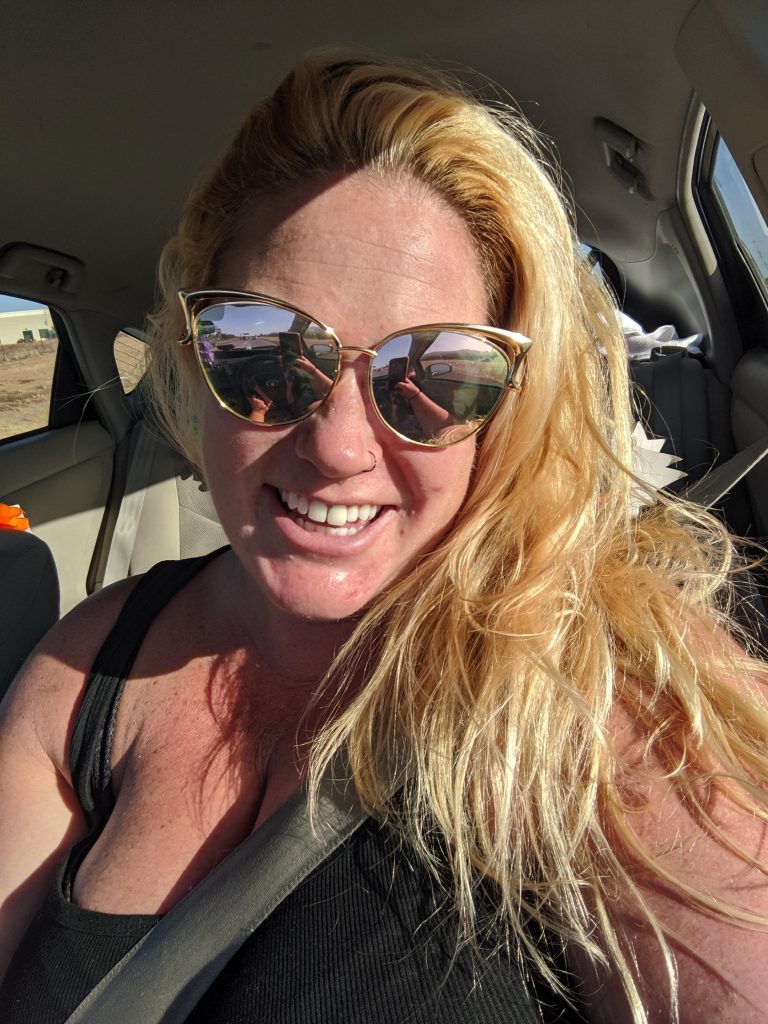 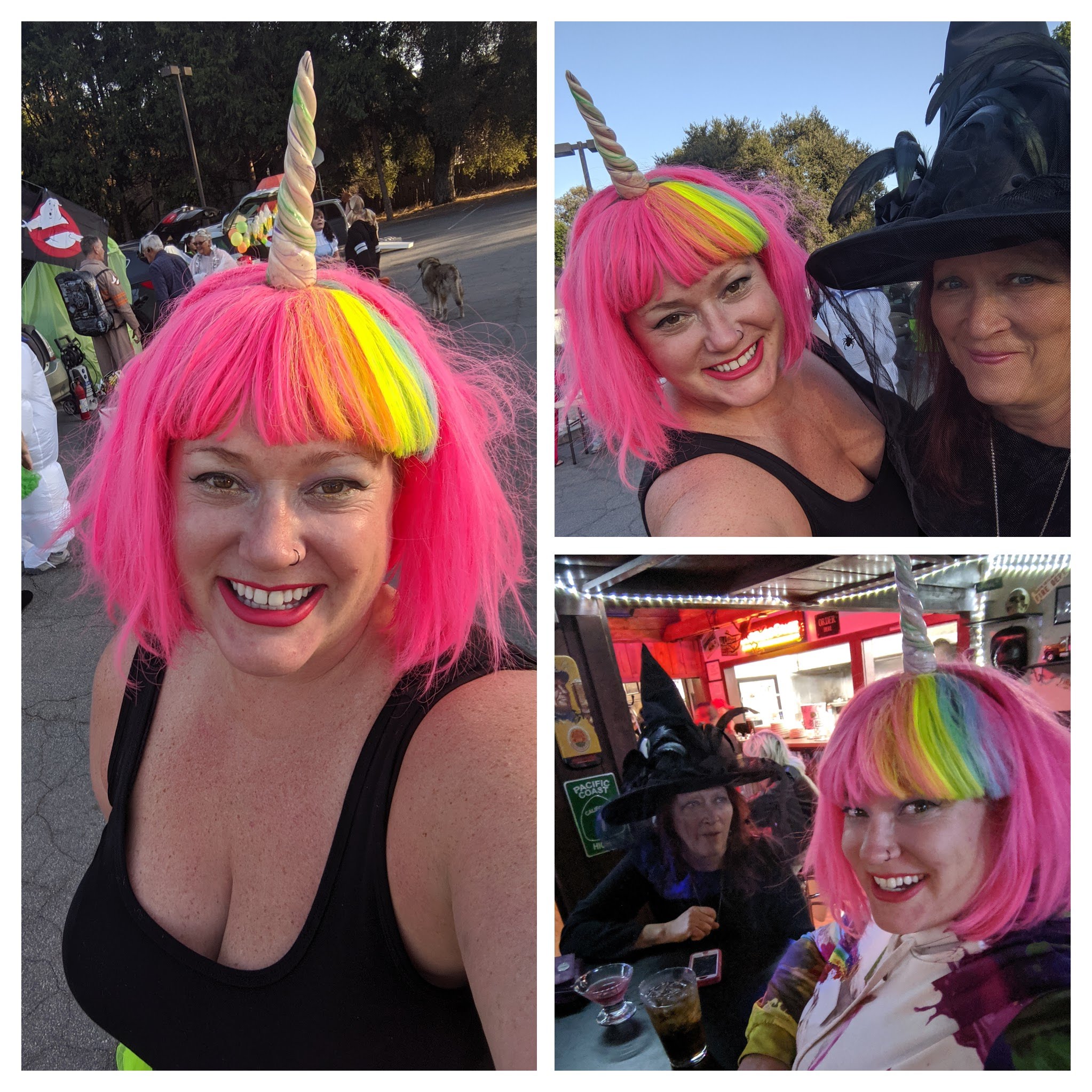