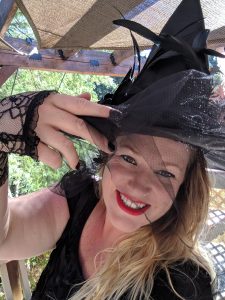 The first time I partied after getting back from Burning Man was, ironically, with my new burner bud Mia when she introduced me to the Hash House Harriers. A “drinking group with a running problem”, it started in the military as a creative way to keep soldiers in shape and had since evolved into a social group that was pretty much a scavenger hunt with costumes, running, booze and other debauchery. Of course I loved it, albeit a couple of super young Marines who got me just a little too drunk, triggering my issues from playing military mama back in the day and I ended up crying by the end of the night. It was good fun all-in-all and a cry every once in a blue moon can be quite the release. Even if a hot mess when doing it.

Back to Felton I went from there. I was about to spend most of the next year up there in those Santa Cruz mountains full of redwoods in order to make the money for my sister, Big Red’s 40th, Burning Man and all of the things I had to pay for to go teach in Korea. God I loved it. My first home, San Diego, was a fun, living on vacation, excitement, close family and friends beach lifestyle. The mountains and San Francisco, my second home, was where I found peace, nature, rest, culture and where my burner life was centered. Of course there was exceptions but that was typically the rule. The two together are what made for my balanced home. 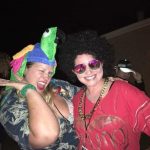 Nicki, one of my closest friends during my formative years for those of you just turning in, was turning 40 and throwing a theme party a week later where everyone was to come as one of their favorite musicians. Dragging Svetlana along who cane as Prince, I came as Jimmy Buffet. My one regret being that I forgot to sing “Why Don’t We Get Drunk and Screw“. 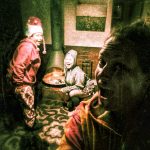 Always presented with painful reminders of how impossible it was to make it to everything, I missed seeing Doozer (honorary little sister/Kati & Nikki’s sis) who was in San Francisco an hour away that weekend but did manage a week after that to camp out for a night and go wine tasting in the mountains with my good friend from home, Juliette, and her pal Rose when they came to town. I even managed to picnic in Dolores Park with Levi, another one of my new friends from the burn as well as our campmate & bud at another time, Bacon Daddy. Burning Man was slowly taking over my life, if you hadn’t noticed. 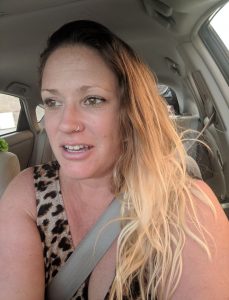 I had stepped into a year of working 80 hours a week but was still managing to fit in amazing moments. Something I had always strived for but typically been bad at in the past. From afar these occasions looked like nothing but fun and adventure but reality was that I killed myself to make them happen and could only half enjoy because of it. 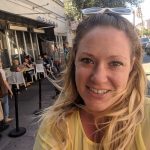 That isn’t meant to be a complaint. On the contrary, I hope to show how the bigger picture is always hard when going for grand things and how growth while building a foundation is painful and at times more important than instant gratification. Who knows. Maybe I’m half-pointing that out to remind myself.
Now that a history of debilitating anxiety had finally been successfully taken care of, learning how to say yes, sieze the day, make time with no excuses and to be there for loved ones when it mattered was finally up to bat. The more I was weighed down with work, goals and bills, the more important it because to learn how to break away and look up. For the first time in my life, I had finally been finding my way in so many ways. This was one of the most important. 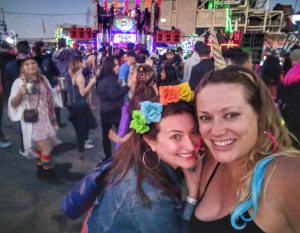 Speaking of Burning Man slowly taking over my life…the first time I had gone to San Francisco’s Burning Man Decompression party, I had taken my sis Wendy and had been heartbreakingly disappointed. It felt too much like a generic one-day for-profit party festival and not enough like the ten principals that made the burn so important to me. Between that experience and flying out the day after the one that was coming up for Nikki’s surprise 39th birthday, I had been apprehensive about going for 2018. Svetlana had been so excited, though, that I gave in and had was pleasantly surprised when having an amazing time. As opposed to the previous experience, I felt the spirit of the burn. Especially through her eyes and squeals as she exclaimed her thoughts and feelings, all of which lined up with what I believed the burn to be about and why it was so special to me. (Insert proud tear.) She even managed to find a way to get her first experience of being covered with playa dust and I managed to find and participate in one of my favorite things, a cuddle puddle.

Catching that early flight after way too little sleep the next day, and somehow managing to look presentable while doing it, it was all absolutely worth it when meeting up with the group of friends from my twenties who had once upon a time been my family to give Nikki a birthday surprise of an urban pub crawl on a group party bike Brent, her hubby, had rented. We even got the driver hyped and I made one of my old matchmaker attempts to set up a date with him and Wendy. Alas, she broke his poor heart after our punk guy friends convinced her that he was gay (he wasn’t) and I ended the day by dropping my phone in a wobbly toilet after not wanting to leave it with my drunk friends because I was scared they wouldn’t take care of it. Freakin figues.
Whoopsie-daisy should be the new motto of my life.

Back to Brigit, Aaron and their cat, Meowlie’s in Felton along with visiting a bud from the burn in Oakland, it was back to working non-stop for the rest of the month with occasional breaks to be a foodie, cocktails, for naked skinny dipping under the stars and a night or two of hanging around the fire pit at Monty’s Log Cabin. I may not have gotten traditional weekends but I sure did know how to make the most of it all. ✌? 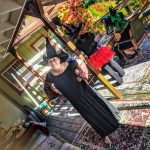 Brigit, always fantastic at throwing a soiree (never say no to a party thrown by burners) hosted a witches tea party and I managed to go to Nicki’s Halloween party, which I had been told would be a movie night but ended up mostly consisting of taking kids trick-or-treating. Heading back “over the hill” to meet up with our a friend to finish the Halloween night her favorite bar, Joe’s, it was a pretty low-key Halloween which worked just fine for me. 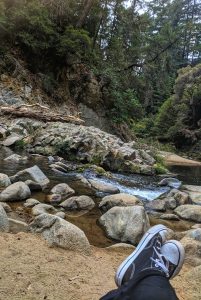 All things considered, I’d say I was recovering from Costa Rica, India and Burning Man pretty well. Email maybe for that pesky rest thing I was still so damn bad at. C’est la vie! 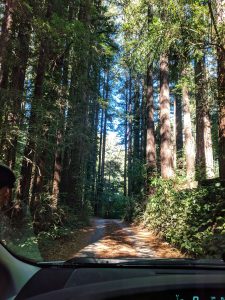 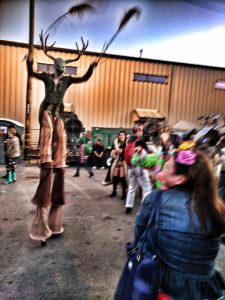 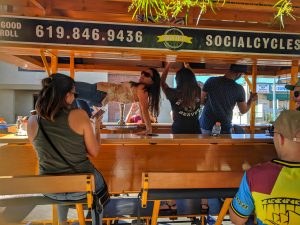 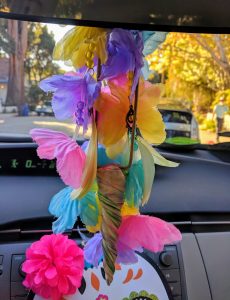 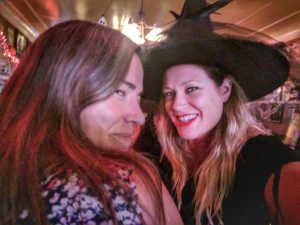