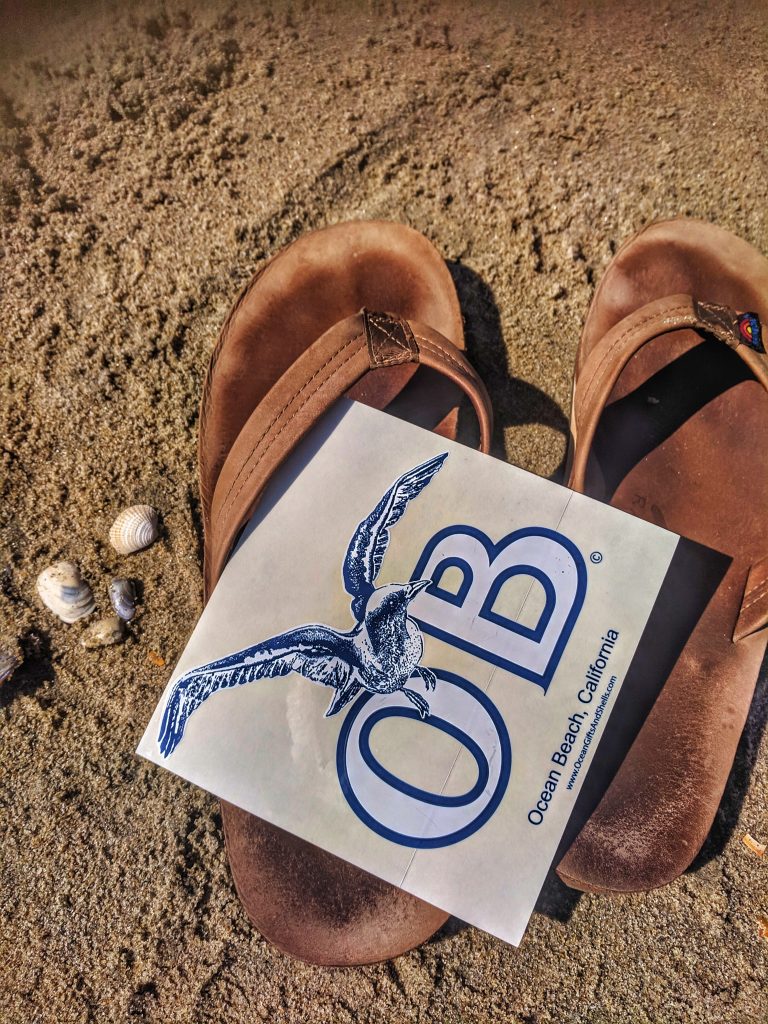 March started out with a laid back wine tasting trip in a small city about three hours away called Murphys . Svetlana and I hit Costco along the way to grab our contribution before meeting up with a handful of friends for a rainy and cuddly weekend that was perfect for that cute little town. Over all it was a low-key weekend away with only a couple hiccups. Brian was the friend of Svet and I who had all but disappeared a couple years before after reacting with anger to our friend jumping off the Golden Gate bridge. He came for the second night and got hostile when I gave Svetlana his keys while dramatically pleading with him not to drink and drive. Thanks to my brother I don’t give men, especially ones so much older, a second chance after they flash on me. Back home in a blink, the next morning provided the second hiccup when I had to fight through my hangover to grouchily change a tire in the rain, snapping at Svet who was always sweet and only getting in the way because she trying to help. I was way too used to doing things alone and way past an age of doing it any other way without notable effort. 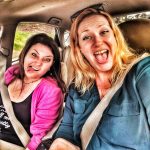 Getting home, it was nice to be back hanging with Aaron and Brigit in those forested mountains of Felton. for a short while before heading back down to San Diego. Stopping to hang with a a burner bud in Long Beach along the way, I got right back to business once in SD when picking up my nieces up from school and helping with LanaBell’s elaborate birthday party. Spending the night and getting more quality time with my family the next day, I was happy to settle into my own life in OB that afternoon. Enjoying lunch a day or two later at Karl Strauss with the owner of my long-term car rental, Tavian, we enjoyed the venue of what was once a Japanese restaurant with beautiful grounds of koi ponds, small moon bridges and Japanese-style trees such as the evergreen. Later that night I got the chance to stop at my favorite SD Irish pub, Blarney Stone, where I was surprised by great live music of the crooner type and the day after that got the chance to take my pop to a Barona Casino about an hour away for an all you can eat lobster buffet on Wednesdays and gambling. It was soon to become our special father-daughter tradition and one of his favorite things to do. He even loved to check in by phone multiple times for a couple of days before to make sure we were still on. 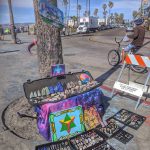 Continuing on with traditions, I did laundry at a OB local laundromat while going for the $10 burger and a beer deal next door at The Stick.. Important family time with my honorary sister’s, I stopped in to see Nik and fam and hung at Te Mana with Kate and her daughter Audrey for some impromptu kid’s yoga hosted by Playful Peace Yoga. At some point I even made it over to Sean’s friend’s house to snuggle on a new litter of puppies. 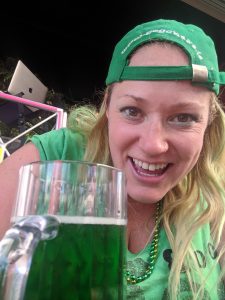 Come mid March, it was finally time for my favorite holiday. More than ready to celebrate, I started the St. Patty’s day weekend festivities on Saturday the 14th with the family when we met up for a local parade around Balboa Park and continued on after they left to watch my favorite local Irish band, The Fooks. Leaving from there, I worked in prep of the next day being the main event of St. Patty’s Day brunch with Mia at the always rowdy bar in our gay district, Urban Mo’s . Unlimited champagne brunch amid a venue that looked like it had thrown up clovers and green eventually grew into a shit-show of shenanigans as it always did and was always fun. Being rowdy and playful ourselves, of course were right there to join in. That was until mid afternoon when Mia went home to sleep it off and I was picked up by JerseyJ who I had made the unrealistic promise of not being too drunk when she came to meet up. I wasn’t but it wouldn’t take too much more to get there. 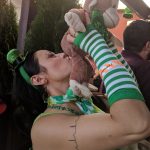 From there we headed back to OB where my roomie at the time was going to meet up with us. Jersey J had previously told me how she wasn’t everyone’s cup of tea and, while I couldn’t imagine it, it also wasn’t too surprising given that I tended to like strong, rowdy and outspoken women. To my chagrin, that ended up being the first time I actually saw it when she rubbed my roommate the wrong way within minutes of walking into our local Irish pub, The Harp. More specifically, when she unknowingly stole the attention of a guy my roomie was talking to and then proceeded to intensely lecture her about how he was lame. Looking back, I should have stopped her, but at the time I just felt awkward tension and ran away. I wasn’t about to let anyone ruin my favorite holiday, after all, and justified it as adults being able to take care of themselves. Besides, I was already getting annoyed with JerseyJ for causing drama.
Too soon after, my roomie went home feeling upset and buzzed (something I wasn’t fully aware of until the next day) while Jersey J and I moved on bar hopping. That was the epicenter of where our friendship apart. Making it to our long-standing local music venue, Winston’s, her idea to do tequila shots and my too quickly say yes led to my getting too drunk as I had promised her I wouldn’t. Even if I had promised her I wouldn’t be when she showed up earlier, not a couple hours later, she was pissed when those shots had my eyes rolling back in my head. My day was obviously done. 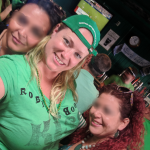 It was the moment that unlocked the beast in her. That, my verbal diarrhea about stuff that had been bothering me and she had blown off (if I’m being honest with myself, I was never as outspoken as I needed to be to be heard) and, as she would tell me later, a wee bit of party drugs. Lame but then again so was I when taking the booze too far.
Already not exactly thrilled with each other, when she starting loudly nagging and bitching at me on repeat, all I wanted to do was go home. Even though it was only early evening and daylight out, she refused to let me walk the half a block alone in my slovenly state. Well-intended but not really doing me any favors as she continued to bitch and I to defend my emo frustrations until she was at the point of screaming at me at the top of her lungs kitty-corner to my house. Me shutting down and not saying a word almost the entire time, I thought about how she had admitted to losing it on her ex from time to time though I had never experienced it. Neighbors stopping to stare in concern, I knew I was done. We were done. Able to read my wall going up and the emotional distance kicking in at a Star Trek level of warp speed, she started screaming even louder. “I’m done” I said and continued to say over and over as my only response. It didn’t help that her screaming was putting me in the potential position of being kicked out of my home. Thank God my roommate was passed out. 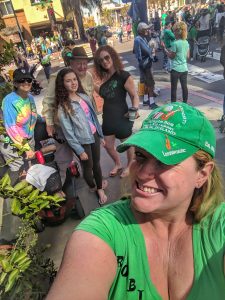 I did try to work on it later when she came to me with the mentality that it was just a fight, I was hurting her by ghosting and that we should work through it. Telling myself that I needed to stop shutting people out like that when I reached the end of my rope, I also told myself that she was worth giving it a shot for. So I did try. It was too late though. The well had already run dry. It seemed from both sides, or maybe the dam had burst from her end as she continued to nag, lecture and bitch at me from thereon out in repetition. I suppose one could say the honeymoon phase was over. 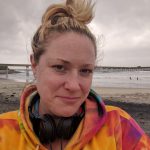 I was bummed for a couple days over what happened with us and that the second half of my favorite holiday was thrown in the shitter but soon mostly compartmentalized it away to feel the relief of heading back to the beauty, peace, nature and lack of partying in Felton. Being the social slut I was, saying no when in the middle of it wasn’t exactly my strong suit. Needing to lick my wounds, I kept my head down for the rest of the month working, writing and plugging away on my TEFL certification. I may have been at the end(ish) of one friendship (more to come) but wasn’t going to take too long to recover. I was focused on looking forward to the next step of my travel life as the plan to teach English in S. Korea grew closer and closer. 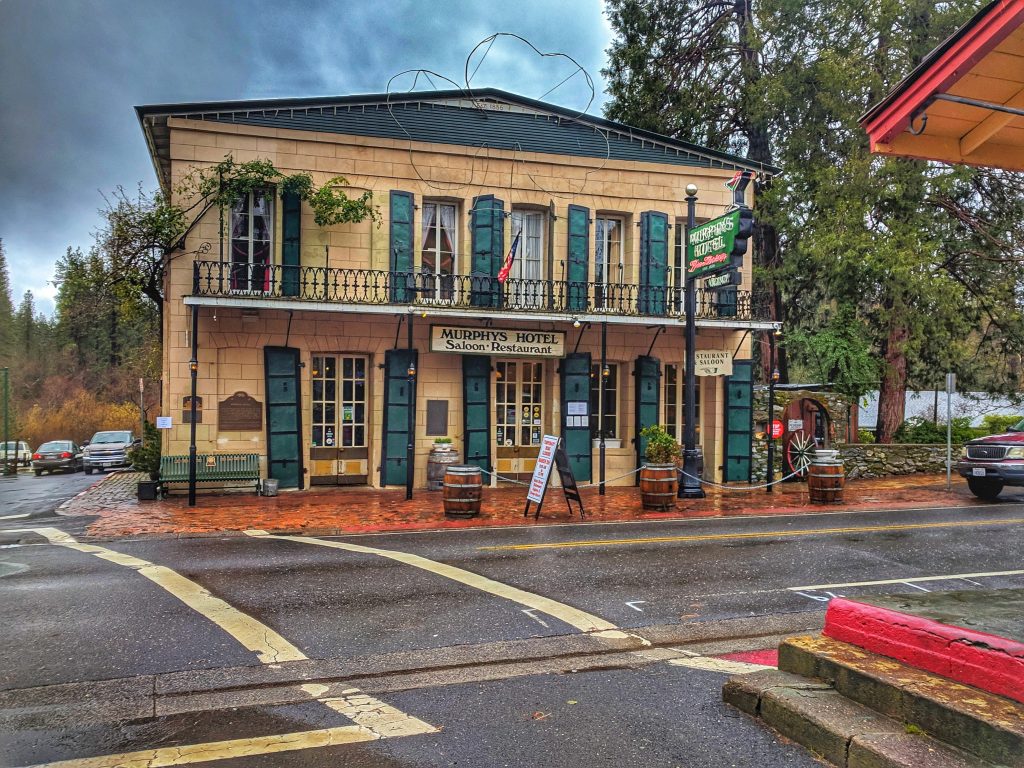 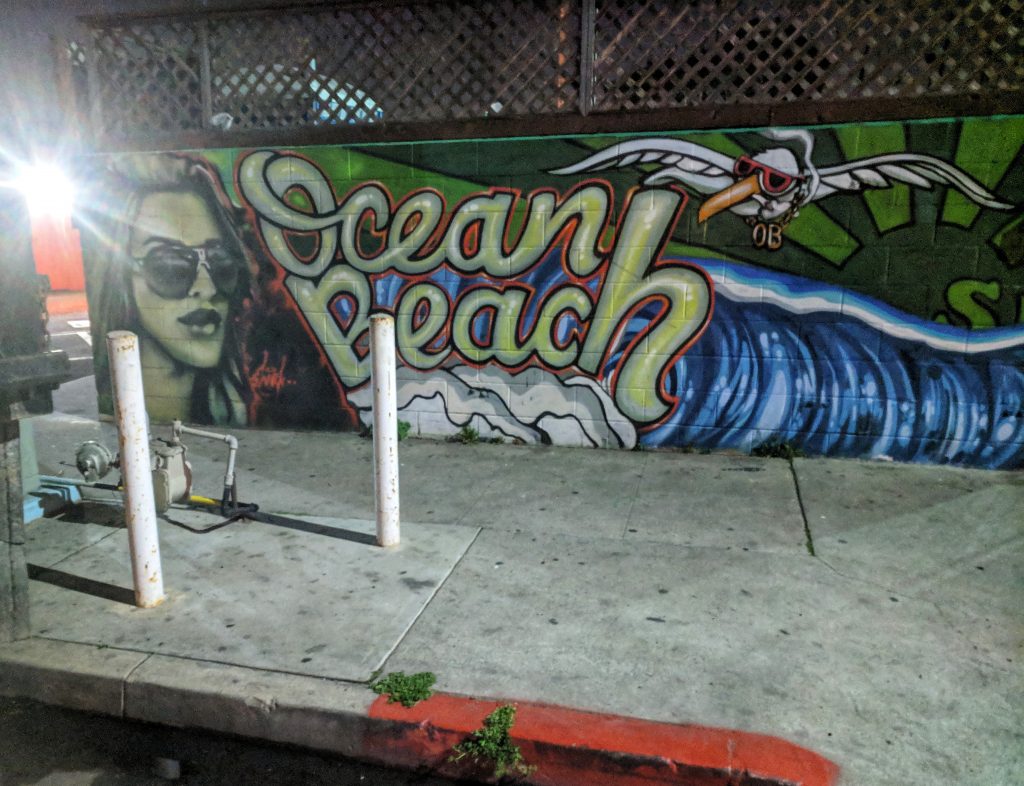 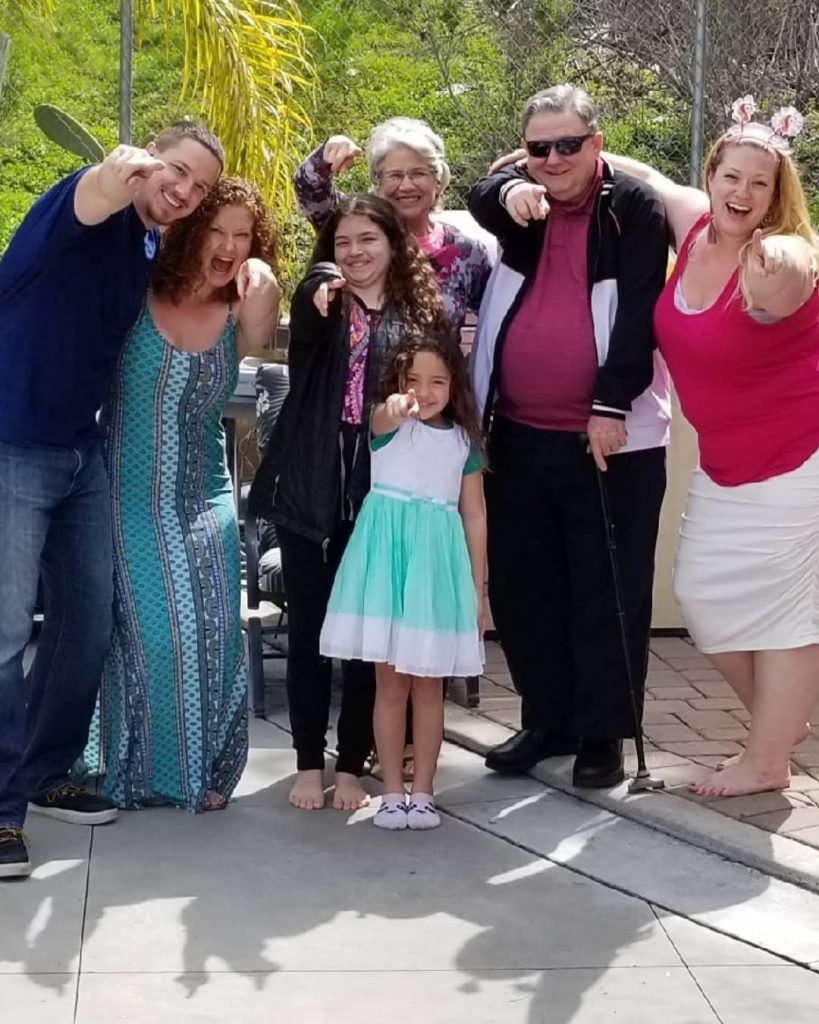 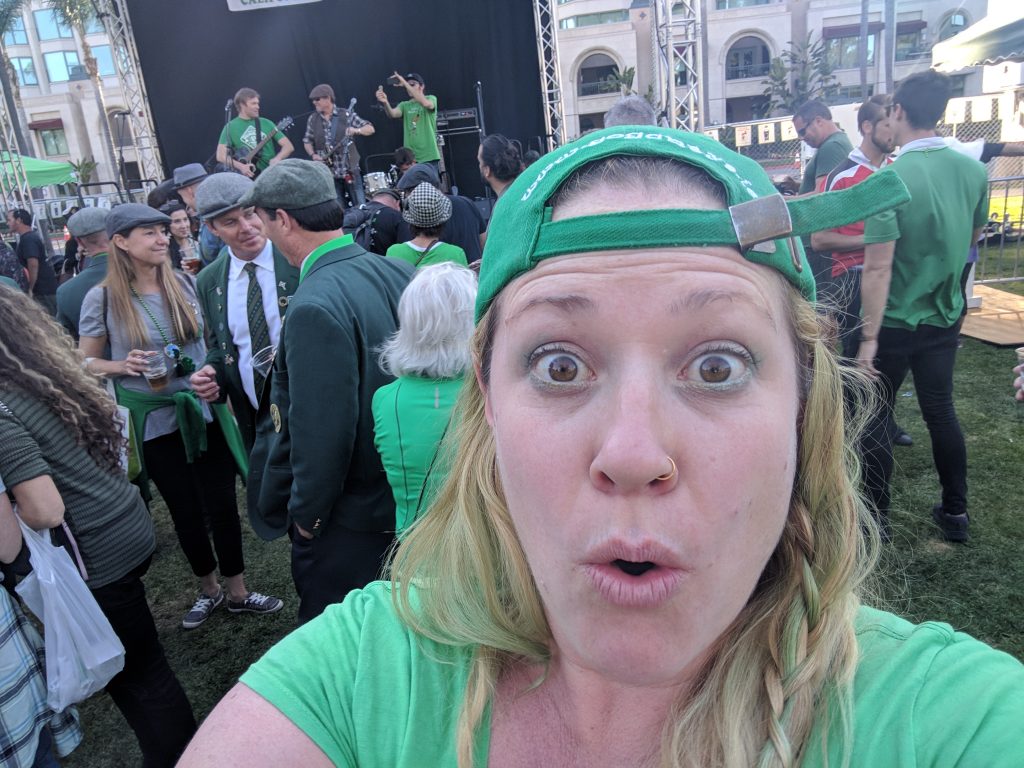 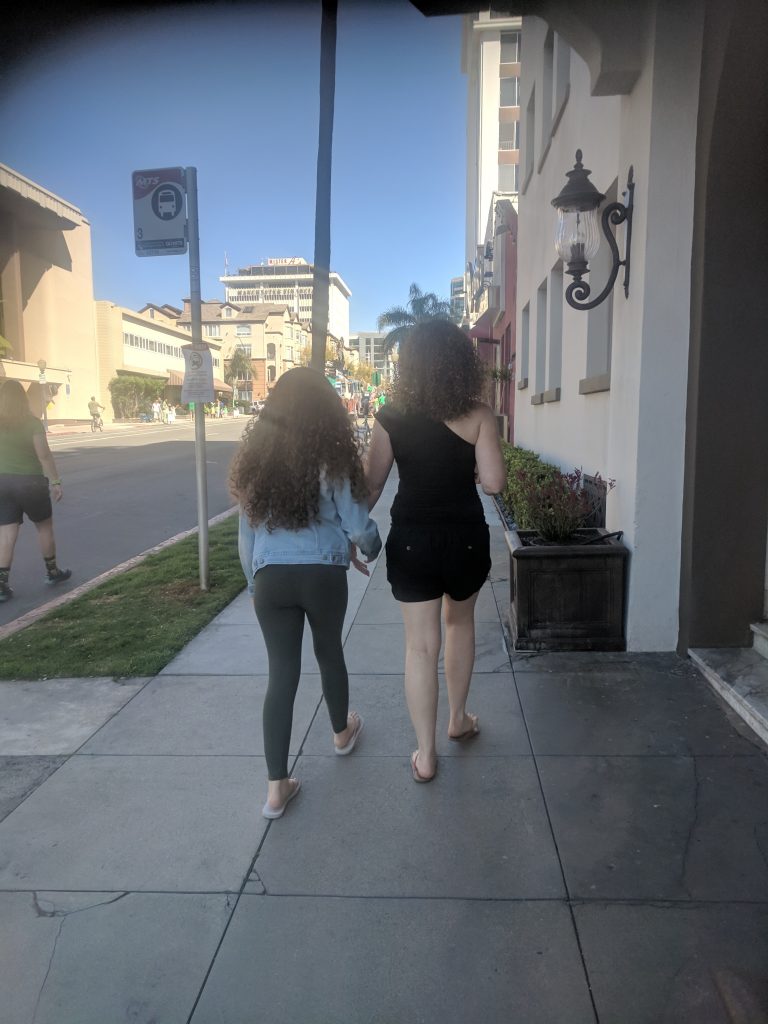