Laughing and Lounging in London 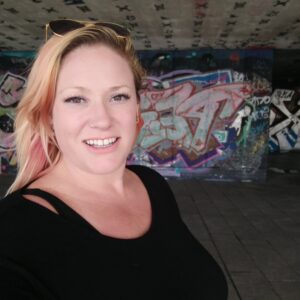 I left Thailand and was on my way to London. Determined to figure out how to take long flights without getting sick, and also enjoying any excuse I could find to give myself Burning Man flashbacks, I covered my face most of the time with the pashmina scarf I had bought to share with my mom in the hopes that it’s magic would keep the germs out. I was also amused by how wearing it seemed somewhat in theme given which country my flights connected in. 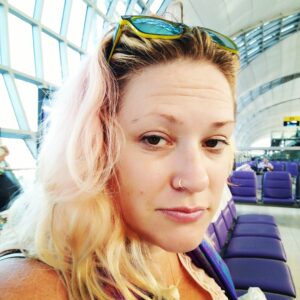 The English teachers from the UK who I had met on a long-tail boat in Pai, along with others who have lived in or visited Abu Dhabi, had opened my mind and interest the the country over the few years before that. An interest that had quickly faded during the short amount of time spent there while waiting for my flight on Etihad Airways. Not the worst, by the way, but also nowhere near the best airline experience I’ve had. 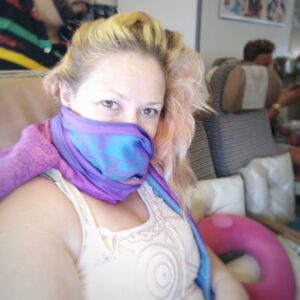 As someone who is normally enchanted by other cultures and curious to learn about them, including adornments such as the hijab and burqa, I find exception to that interest when encountering such details as people being excessively rude or taking over the space with intense B.O. A part of certain cultures I could use help understanding better. It’s important to be reminded of how stereotypes can be a great misrepresentation to the individual and that traveling tends to bring out the worst in some. Still, it sent me moving as fast as the crowds and constant security checkpoints would let me.

Once finally touching down in London, I instantly felt like I was on holiday for the first time since leaving America. Excited to see my friend, Emma, I was close to being the last one to get off the plane due to our eager texting back and forth before the doors had even opened. Em and I knew each other from living together for a month at Shanti Lodge in Phuket the year before. 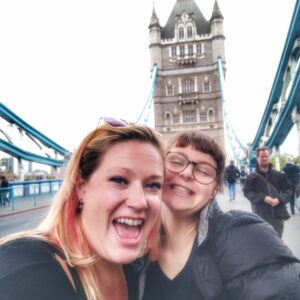 We had instantly become close with a friendship that had immediately fell in line with the kind of connection that usually takes much more time to establish. 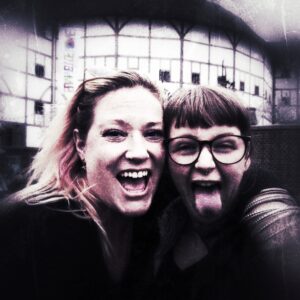 One of the great things I see a lot more of amongst the world of digital nomads and expats as opposed to those who stayed put back in the ‘ol U.S. of A.

Emma didn’t want to wait for me to take public transportation so she sent an UBER to pick me up. A great treat considering I was still hustling from the aftermath of the pickpocket and worn out after all that travel. Especially given that I was lugging the world’s largest and heaviest suitcase. Finally getting to her place and already having discussed how excited she was for me to meet her man along with how they already had a little celebration ready to go as soon as I arrived, I wasn’t too terribly surprised when being greeted at the door of their lovely Cricklewood flat with a big kiss from that fun-loving, outgoing and nurturing South African stud I had heard so much about.

Not even being able to get my bag open before their fur-baby, Trevor, started to climb in, that sweet boy gave me one more reason to be in a great mood. After a quick tour, Emma and I got comfy for a long night of yapping away with a constant flow of prosecco. 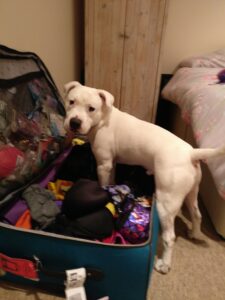 Or should I say “PROSECCOOOOOO!!!” Something that was to continue through the night and into the wee hours of the morning, not to mention pretty much becoming our theme song and drink of choice while I was there. Bernard was a natural at jumping right in and I instantly loved him. 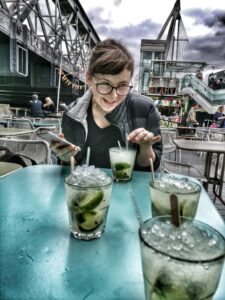 Especially after one of his first excited comments being that he had heard me to be a nudist and that he was was, too. While I self-identify more of an advocate for body positive activist than a nudist, I wasn’t about to argue at that particular moment. Needless to say, we were naked quite a bit of the time from thereon out. 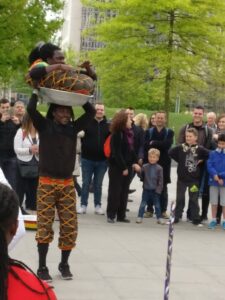 Finally calling it a night (or early morning) and after getting a few hours shut-eye, Emma was so excited to take me sightseeing, I thought she was going to erupt into human fireworks. With her little-girl enthusiasm and my crowd-induced anxiety, we pushed our way through droves of Spanish tourists to explore along the River Thames while checking out such tourist attractions as the Palace of Westminster and Big Ben. Definitely grand and impressive. Continuing on, we happily spent a few moments here and there watching amazing street performers such as talented musicians and an impressive group of African dancers interlaced with moments of her pointing out sentimental spots like where a romantic French-style book fair was held along the South Bank (*swoon*) and a beautifully graffiti-covered skatepark she hung out at as a teenager.

Making note of the Tate Modern and grabbing a bite at the darling but very crowded Borough Market, we then stopped at Las Iguanas in the South Bank Centre for some caipirinhas. Em loves to eat and is a pro at the food scene in London. 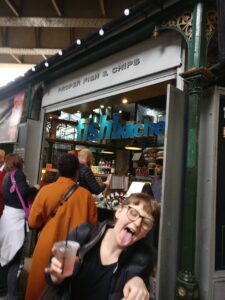 Heading over the beautiful Tower Bridge from there, we also managed to take a peek at the London Bridge and Tower of London before our last stop. For the grand finale of this personal sightseeing tour, she brought me to a darling little tucked away marina by the name of St. Katherine’s Dock. My favorite spot of the day, it reminded me of a place that was meant for a relaxed day of brunching in the brisk sun before wandering around a farmer’s market. 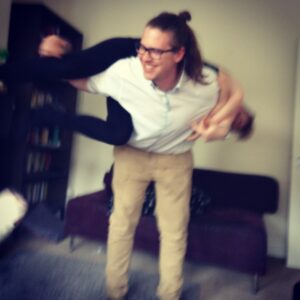 Heading back to the flat and meeting up with Bernard and his big smile, even after our signals had got crossed and he had already been waiting for us at a pub in the neighborhood of Waterloo (gotta love that name), we headed to another one of their awesome local pubs, North London Tavern, with one of Emma’s besties from the time of being naughty teens. Soon to be my pal as well, Lucille had managed to drag herself over regardless of not feeling well. Something you’d never imagine to be the case after the way the rest of the night went. 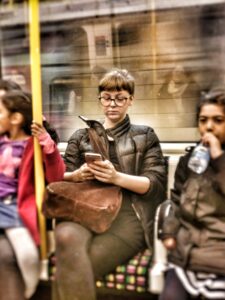 One of the bitter/sweet things about hanging with B, it’s impossible to stay sober around him. A truth, at least, if you’re starved for a little spoiling and being taken care of. That guy was fun and a gentleman. Who wants to say no to that? Not me! Even if I had wanted to, Emma wouldn’t have let me anyway.

With the party moving back to their pad after the pub and with the prosecco continuing to flow, us ladies eventually headed to a charmingly cheesy bar theme-night, another spot of their old stomping ground called The Goodship, where we danced and had fun regardless of the creepers who we had to fight to keep off of us. One of which being a super wasted young Italian man I ended up socking in the cockadoodledoo after he had been way too touchy for way too long. I’ll tell you, it felt good to be able to defend myself after being in a country in which I didn’t feel as safe to do so prior. 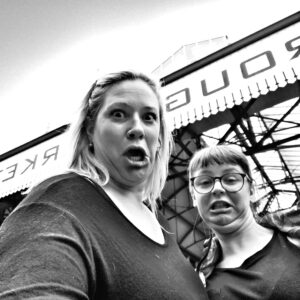 A definite to take into account when traveling. Especially alone, double when a woman and triple when an amazon.

Hearing way too many times from sauced locals about how surprised they were to like me since they typically didn’t like Americans (most of whom admitted to never actually having met any of us), it was that amusing time of the night when these new friends also seemed to think me and the only other woman from the U.S. should be bonding. Thoroughly entertained but ready to move on, Lucille, Emma and I headed back to the flat and kept the party going until long after dawn was upon us. Our little crew had been formed and I already loved it.

*Editorial shoutout to Emma Victoria Tooki Laird. Never would have gotten the details even half way straight without her! 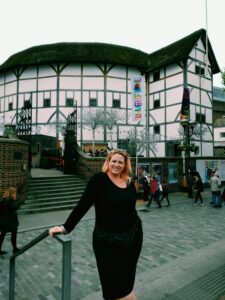