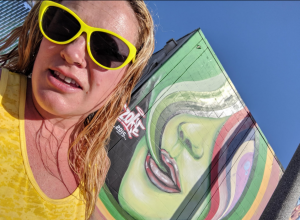 Before heading to Nor Cal, JerseyJ had been pushing me to stay with her when I got back. Partly to be thoughtful (and so I could more easily pay her back) but mostly because she didn’t like being alone. By two weeks before coming home on July 3rd, I hadn’t heard anything. Calling to basically confirm that she was flaking out, it was a relief when she did. It was unfortunately also something that added to my resentment. Not exactly a shocker to find out soon after, who should had moved in but her hot-mess of a loser boyfriend. A guy who had not only tried to screw me when whacked out of his morning on God knows what (I had given her written proof) but also tried to make her believe that I was the one trying to bang him AND his friend. She knew I wasn’t like that, luckily, and he was a ridiculously terrible liar. Even so, she made excuses for him and swore (more to herself than anyone else) that she wasn’t going to let him move in when it was so obvious that he already had. The whole thing was too familiar. She liked to tell herself that she was such a loyal friend but I had watched her betray anyone who got in her way when it came to men. Often putting old friends and roomies in traumatizing situations when her and her ex would unleash on each other around them. And then she would be heartbroken, worrying why they distanced themselves as she played the victim and ranted about loyalty. I had loved her so much and she had been so good to me in so many ways but the other shoe was dropping. Hard.

I already had my finger on the “publish” button to nail down a place before even making the call and boy did I luck out. Scoring a pad half a block from my favorite beach in SD, I finally met my sweetheart of a new roomie (big sigh of relief) for about two seconds before she disappeared for what would be most of the rest of the summer. Jenny was a soft and sweet woman to the point of being Disney-princess surreal. A blond cutie close to my age, she was about half of my width and, following in the vein of nurses taking over my social and family life in SD, an LVN from the Midwest. Just having gone through a big breakup, this was her first time having a roommate. She was gone a lot as part of her recovery was to travel for the first time in her life. In the famous words of George Strait, she let herself go. Let herself go to Central America to do goodwill work, to visit family and to a surf camp for women. We had just met and I was excited, happy and proud of her in a way that made it seem like we had been friends forever. It was a slightly strange feeling to feel that way about someone I had just met but I did. 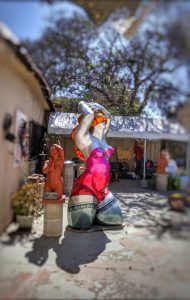 As always, I was working myself to death. Because that’s what I did no matter what (I kept meaning to go to therapy for it) but also because of the more legit reason of it being time to start hardcore prep for Burning Man. Part of that was saying no to most of the stuff that came up for the summer. That part sucked. Mini moments of redemption managed to work their way in, though, by finding a few hours here and there for some good times on a smaller scale starting with when I had finally checked off the goal of making it to Venice Beach when hanging at Grandma’s in Eagle Rock for a couple nights. Once home, I started catching up with my regular haunts and habits in OB. Writing at Te Mana, foodie moments such as eating the seasoned fruit more typically sold on the beaches of Mexico when a woman walked around with it on Dog Beach and finding a 3.2 mile path to walk along the coast that started and ended at our duplex with a turn around at the local skate park. It was perfection to be able to hang with Team OB for the 4th of July. Such a great feeling to be back in the mix with the old group of friends, it was a little foreshadowed not only from still feeling insecure (and a little worried) about the mystery bruises but also because of being distracted as I tried to ignore the painful knowledge that the bond would once again break when I next left. I hated that part of travel so much.

Going to Mexico with Mia and friends for a day was a great snack for the growing hunger to get back out of the country. Previously flying off on one of her own adventures through the Tijuana airport, she had met the sweetest guy who happened to live there in TJ (also flying off one of his own many adventures) when they bonded over the challenges of finding a morning mimosa. Josswell was a sweetheart who was excited to show us around his city those months after their first meeting. If he could have talked us into staying all night to paint the town, he would have. A lovely day but those damn bruises were distracting as I was becoming more embarrassed and even a little it worried. There was plenty of other distractions to pull me out of it though. One being when our server was so high that he didn’t listen to our orders at all as we gave them and then just randomly sat down at our table. Even Josswell’s jaw was on the floor. It was later hilarious to us and had to be in the moment to others as we must have looked like confused cartoons with eyes bugging out of our heads. 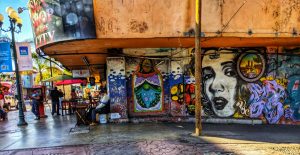 I got to spend a lot of time with family, both blood and honorary. I even managed to have a few one-off homie hangs with Jewels and a friend, Rachael, who I only saw once or twice a year. She had gotten in a relationship, moved 45 minutes away and later had a baby. Unlike the expired wedding dress she ditched that stared at me every time I went to my storage unit, I was lucky to see her at all. I was proud of myself for getting better at those moments of making a point to spend time with loved ones. I was also feeling pretty good at myself for getting better at executing the goal of using the rideshare work as an outlet for sightseeing and making it to events. It was fun people-watching at ComiCon from the safety of my car. Way more than it would have been navigating through the packed crowds. Balboa Park offered free museums to locals on Tuesday so I managed to make it there a couple times. Once being when it was the day for MOPA (Museum of Photographic Arts) given that photography was the second of my creative passions. I even managed to meet up after a work shift to Gay Pride with some girlfriends I hardly ever got to see. A valiant effort but I arrived a little too late based on the amount they had already drank. Them and everyone else.

Continuing on as a foodie, I made my way around by mouth *insert dirty joke* to, among so many other places, my always-favorite OB farmer’s market. So much of the magic in Ocean Beach radiated through the festival-style event on Wednesday nights. Great food, people watching, happy hour, musicians and acro-yoga that was followed by a drum circle and fire spinners once sunset hit. It made me think of the burn just a little. I also got the chance to share some traditional fun with Wendy by taking her to a very old community event called OTL. Over the Line was a rowdy bat and ball social sporting event related to softball that had been around since the 1950s. Inappropriate team names, lots of drinking and a notable amount of men in their fifties and sixties who had been playing for years took over Fiesta Island for a couple of weekends a year. Not being too far from my place, it gave Sis and I a chance to bike there so that I could test-drive the one I had newly decorated for the burn. A big fail that I should have seen coming given that the bike had been shit on the playa the year before. Puffing away on our way there, she did me the service of switching when I was too exhausted from the malfunctions of mine. Her effort solidifying that mine was a heap of donezo, we eventually gave up and locked them up on the island for me to pick up the next day. 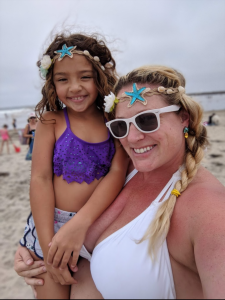 Having a blast there, especially her, we got to have another special sister moment a few days later when I went with to watch one of her salsa classes. A hobby that made her so happy, it made me happy. Good times together had been on a roll. For the next hang, we added in not only more of the family for more of the fun but also a couple of the friends who I had met up with at Pride and OTL. Pool party at the Satterwhite Sanctuary, baby! Fun for sure though my dear sister screwed up royally with her behavior toward one of the amigas badly enough to threaten our long-standing friendship. Well, if it could even been considered a friendship anymore. One of the sad examples where, once inseparable, we had become something between acquaintances and party friends who hardly ever communicated let alone hung. The reality was that it might not have made a difference either way if sister caused any damage. That hurt. What felt victoriously validating, though, was Wendow taking the crown as the family fuck up. Oh how the mighty had fallen. Even if just for a minute.

It was a good month for getting back to my “normal” life at home. There was something anything then normal that was about to come around the corner, though. Instead of getting better, the bruises were getting progressively worse. A lot worse. By July 29 I had one the size of a baseball. There was no more trying to ignore while hoping it would go away. Something was wrong. 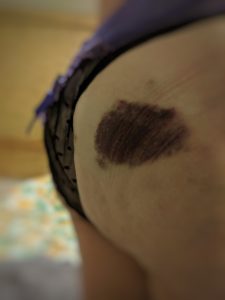 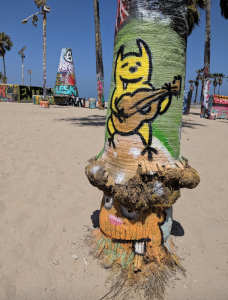 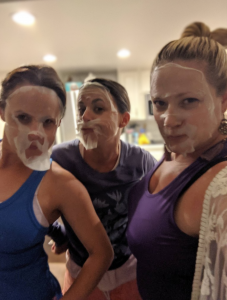