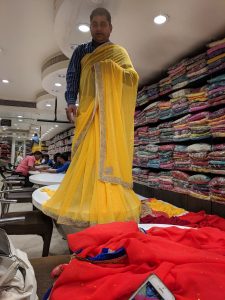 The kids were gone but every noise made it feel as if they were still in the hall coming to me and I had dreams about them for three nights. It was even a bit of a relief to find an excuse to stay in that small, plain hotel room of cream walls, maroon curtains and a small window facing a brick wall for three days when getting a moderate case of food poisoning. It was a welcomed air-conditioned place to catch up on rest, make some food for local homeless, wrap up some clerical work and being sad that my time with them was over. Besides, I had dealt with MUCH worse in Krabi.
Writing stories of both groups for a time capsule the kid’s would open a year later, my heart both ached with the knowledge that I would probably never see them again and at the same time, swelled with the love I had for them and our experience together. 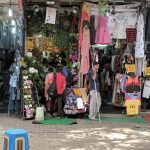 EEK! was awesome about paying my broke-ass early once I wrapped up all my end-of-program work. Well, almost wrapped up. It wouldn’t be until I got home later when I finally lost faith once they crushed me by acknowledging the roll I had taken on but refused to pay me for it. As a for-profit company, I was not OK with being given excuses instead of fair compensation. With all their words about how I had been one of the program’s rockstars for all around the world as well as how they couldn’t believe I stuck it out, it was heartbreaking to know that they found it better to lose me than to make an act of good faith, and good business in my experience, by doing right by me. C’est la vie, I suppose, and while that last decision halted the potential of working with them again in the immediate future, I still believe in them and what they do. Like dating someone hoping they’ll change, they seemed to be looking for young poorly-paid interns without experience instead of those with real partnership potential. I suppose what they’re looking for very much fits some people. Just not me. 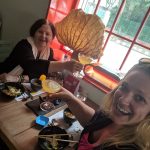 Meeting up with Alexandra, I stayed with her at her house in a gated community in Delhi for my last few days. Walking into the dusty surfaces of a white-walled simplistic style penthouse apartment that hadn’t had anyone in it for months, we sorted ourselves out during those first few hours while waiting for the maid. Spending those last peaceful days away from the chaos, she took me to some of her favorite restaurants, only passing our from the heat once during our four times out shopping (she got a kick out of getting the salesmen to try them on) and just hanging at her home with cocktails. During one night, we stood outside on her large rooftop patio watching a lightning and one continuously rolling thunder show like nothing I had ever seen as she pointed out how that meant it was raining in Dharamshala. It was the grand finale of that magical time in India. 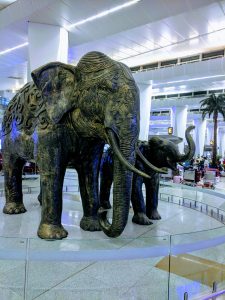 Always with an ache in my heart, I said goodbye after three or four days and started my journey by heading to the airport late in the night followed by a long delay as the beginning of two days of travel began. Including a layover in Shanghai and train ride from Los Angeles home to San Diego after stopping to get a new SIM card (due to the maids having thrown out the one that I had carelessly left out during my first couple weeks in India), I was thankful for details of home such as getting back to English as a first language and away from so many cultures who do things we think are rude. 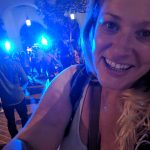 Playing a roll with the kids that had a necessity to shut off parts of who I was, I was also thankful for the burneresque-style dance party that happened to be going on at the LA train station when I was there. The way participating started to help me feel young, hot and sexual again even in my exhausted and haggard state, I felt fabulous. It was still the perfectly symbolic place to celebrate being home.

Time Capsule Letter – Session 2
Time may fly but it can also be a precious gift when processing such big experiences (and places) as India.
You should be proud of yourselves. We’re sure your friends and families are. And amazed!
*Special shout-out to Alison as our gal from a super small town with no travel experience for making it through like a boss!

Looking back, can you believe that we stayed with royalty in the clouds with moments full of monsoon storms, all the while with monkeys landing on our rooftops?? Or that we got to make a real impact on those kids, their families and the teachers we worked with?

At the time, it didn’t feel so big, did it? We were pushed our of out comfort zones in ways that included all those mountain roads with their steep incline/declines, conditions of the homeless dogs and people we’re not used to and some of the biggest spiders many of us had ever seen. Not to mention the trash everywhere, moist everything and smells we’re all happy to forget. Facing constant challenges, inspiration and fun moments such as shopping at McLeod Ganj and creating bonds organically during our free time, such as experience was just…big. It felt like rolling with the punches at times but what an impact it made on who we are and who we want to be.

We could have chosen an easier and smoother program/country but we didn’t want that. We wanted India and all that comes with. Well, we got it and that will forever impact us. So will the people we bonded with, even if just for those moments. That’s the travelers life and, dare we say, even the Buddhist way. To live, love and be forever impacted in the moment without any expectation of the future. Time to shake up our sand mandalas, kiddos.

You are all at such a magical place of not only being both a new adult and child all at once, you are also at a time in your lives that the platform of who you will forever become is built. You have given those of us lucky enough to be a part of that a peek of whimsical transport back into our moments of life when being the most alive and leave us with humbled gratitude for the gift of being a part of yours. Take what you have learned into your worlds, our little EEK!ers, and let yourselves be the light that others grow from.

We would tell you to make us proud but you already have. Even by only knowing you for a couple short weeks, we also already know that you always will.

Some special moments from our trip:

Getting out saris and suits made.

Mentor groups – Story of Self

Taking in the wonders of Dalai Lama’s temple and learning about the Tibetans flee to India and peaceful fight against China.

PJ Sessions, lessons and all the great photos we took.

Seeing what it’s like to live off the grid at Priyanka’s family farm.

DAR – Darmashala Animal Rescue – helping all those pups we see out on the street.

Yummy dinner hosted by, and dancing with, the king.

Surviving the heat at the Golden Temple.

Enjoying the romance (and cooler weather) of the Taj Mahal in the rain.

So now we say one last namaste,