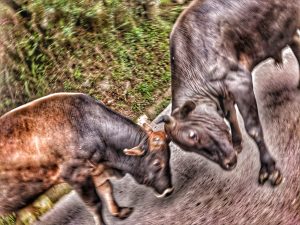 It was finally time to put all that studying for the organization I was about to start working for into action (we’ll call the company EEK! for the Experience & Education the Kids would be getting) though in reality I wouldn’t end up using most of it as the job seemed to require more instinct and experience than book knowledge once there. Either way, it was once again time to hit the road. This time I was to fly out of LAX which meant either a 2 1/2 road road trip or 4 hours of Lyft trips and a train for around $80 all-told. As luck would have it, my mama was due for an overnight visit to check on my grandma’s secret garden in Glendale (an area of Los Angeles) with it’s vibrant red, pink and yellow flowers that smelled of spring and lots of different shades of green plant life to show just how much it had been loved over the years. A visit that provided an opportunity for the cheaper option as well as a warm overnight goodbye and reminder of the roots from which I came. 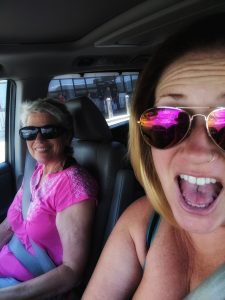 Hitting the airport after our mamma-daughter breakfast the next day, I grumbled as I made my way toward the China Eastern Airlines counter. Less than two years before I had sworn I would never fly that airline or through China again, though I had already known amidst that internal temper-tantrum (I get it from my daddy) even back then that my budget may prove otherwise.
Pleasantly surprised once in route, the two flights and one long layover didn’t end up being as bad as I had feared. I didn’t know it then but the rough stuff was apparently being saved up for the ride back a couple months later. 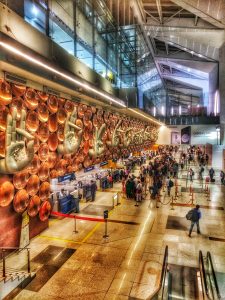 Arriving in New Delhi a couple of days later exhausted, disoriented and jet-lagged, there was one more puddle-jumper to Kangra that I would be taking with the other mentor I was about to start working with. Recalling my mention from the last post about already seeing flags regarding the director I was to be working with, I instantly saw the beginning of her own set the moment I walked up. An American expat living in Mexico, she seemed a little off: manic, immature and drunk. All of which I hoped was due to the large amount of travel we had been doing, lack of sleep and her having been drinking for hours, I was guessed, based on the copious amount of wine radiating from her pores that and that almost double knocked me out every time she opened her mouth. I like having drinks just as much as the next gal but I don’t think I’d ever want to show up drunk and smelling like booze when meeting a new colleague. Especially when we were going to be taking care of a bunch of teenagers in India together. Just saying. 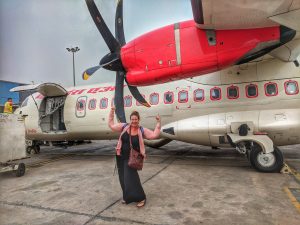 Trying to make light of the warning signs and, in the spirit of bonding, we stopped to grab some Indian whiskey along the beautifully expansive and cloud-filled (though carsick-triggering) mountain views on the tiny Himalayan road that was taking us via a taxi that had been sent to pick us up. Clouds End Villa, 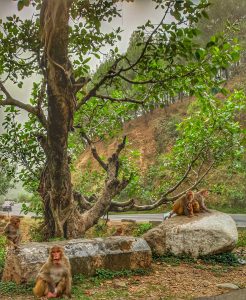 our home for the next six weeks and a highlight of my time there (minus the always moldy everything), was a royal estate-turned-hotel. Something we were to find out out had become a normal source of income among royal properties in India.
I originally thought our boozy purchase would be used for an initial celebration only (I already sure knew we all liked to drink) but would soon regret it as Chris (no last names), our local director, and Jessica were to drink all day every day, pressuribg me to do so as well, while we were in “training” with his excuse being that we needed to get it out of our systems before the kids got there. A flimsy validation that I knew was a load of BS and made me worry about the potential problems in relation to how it was going to affect the program. Dun, dun, dun…

Besides alcohol seeming to fuel Jessica’s tendency to lecture me, it turned out to be the least of my problems during that first week as they both (especially Chris) cut off and shut down just about everything I tried to contribute. Making it even more miserable, they would expect me to participate in random breaks for stupid shit like watching unrelated YouTube videos that I didn’t find funny, held all training in Jessica and my shared room (though she had taken to sleeping with Chris by the second night) while Jess chain-smoked (I admit to participating when boozing) and both had a tendency to peacock about how much they had done, seen and how great they were. 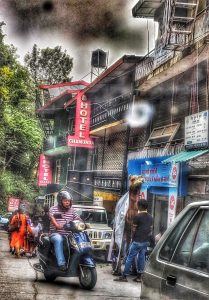 In reaction, I tried to stay humble and supportive (in opposition to my occasionaly defensive posturing when being shut down), but they took it as agitating weakness and an insecurity (their favorite word to throw at me) of mine that triggered them to act even nastier to me.
Fueling to it further was my habit to second-guess myself. A behavior based on that failed attempt to stay humble and open-minded due to lack of experience. While they did try at first, Chris longer than Jess, the seeds of contempt, disrespect and bullying had been starting to grow since day one and were to eventually consume them to the point of being one of the reasons they were sent packing a few weeks later. Thank God I grew up learning how to cope with bullying and had learned to find the strength to get through it.

The first group of kids hadn’t even gotten there and I was already questioning if I had been all wrong about the company, my fit within and if I was failing before I began. Still, the enchantment of Darmasala, that small pradesh in the clouds that was literally built into the side of a mountain, and what I would be doing with our teens brought enough magic to keep my hope alive. Even though it’s hills and stairs were already kicking my bad knees and out-of-shape ass. 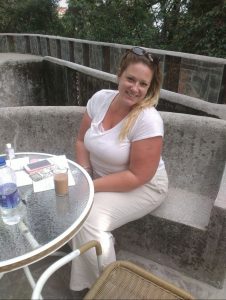 Chris couldn’t have given two shits about my well-being when pushing us to walk our way around the entire town to check out the things we would be doing. When I protested in part because of the above problems, he went so far as to make defensive comments about how it wasn’t his responsibility and insisted that I had to pay for any taxis that I ended up taking when I couldn’t handle any more.
It just didn’t match up. How could I be so upside-down about what EEK! was all about and how they ran things? Or maybe it was just these two. The jury was out and I wasn’t anywhere near ready to close the case. 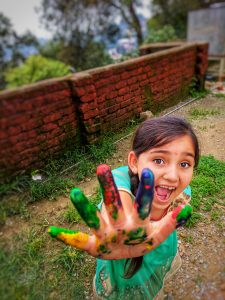 Walking around town on that trial run to the spots where we were going to place our teens was a lot of fun regardless of how much those hills and stairs sent me spinning. The balwadis (Indian daycares), some that were little more than deteriorating closet-sized shacks by American standards, excited my imagination with thoughts of how our kids would be impacted by teaching and playing with the local littles while also beautifying which locations they could. The structures provided one of a kind reality checks that can only be experienced through being there, regardless of how many times hearing about it, and I was finally doing just that. Us Westerners expect as much from India but even pictures still don’t stop that initial shock, regardless of how much we know it’s coming.

In contrast to dilapidation and financial poverty being the first details to make an impact (and remembering that not to be anywhere near all that makes the culture what it is), beauty in ways such as when we walked through the tea gardens is what stuck out and proved how resplendent the peace and grace of nature can be, even in the form of farming. Also the Norbulingka Institute, which gave us our first real touch into the magnificense of the Tibetan culture both literally and figuratively. Within its alluring buildings visitors can watch Tibetans hand-craft art pieces, paint and more. It was not only an experience that made me appreciate the handcrafting of art to a level I hadn’t in the past but also to form a deeper respect of the culture within. That particular institute was making a conscious effort to keep Tibetan tradition, cultures and family values alive while also supporting education and employment; something not particularly easy for refugees. Venturing on, we might not have known it then, but hitting McLeod Ganj market was to give us the grand finale of our scouting when presenting what was to be the kid’s favorite spot to hang as well as where I would find some reprieve from the mostly disgusting and repetitive food the program was to provide (thanks to be what is speculated to be some of the funds aloted for better quality being pocketed by the local lead mentioned below) when chowing down on pizza and enjoying time to write on my one (until dinner) day off. 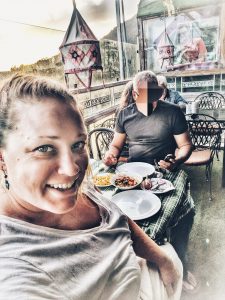 Labooze was a restaurant that turned into a loud and obnoxious club (not my thing) full of strobe lights in the evening with the odd twist of babies and families getting down who had stayed after that transition. It was where we met with the man, Raja, who was the head of the team we partnered with. An odd place to match the odd experience of him resentfully telling us how he was over working with EEK! and was stepping out after our program ended. Another thing that added to the flags piling up that I had lost track of.
There was so much wonderful with the place, connections and kids to come but if I had only known the full extent of the challenges those first few not so great experiences were foreshadowing, maybe I still would have ran like the roadrunner. Maybe but I’m not a quitter so maybe not. Either way, thank God I didn’t. At least for the kid’s sake…