A Gas of a Good Time – My Last Night in London 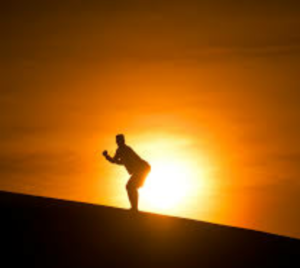 We’d just started dancing the horizontal hula when he froze on top of me, positioned on all four and let one rip.

“What!” He proclaimed joking around before watching me transition from shock to horror to anger. “I thought you were supposed to be a naturalist,” he said making things worse not only with his question but also because he was laughing.

“BERNARD,” I screamed up the stairs with G still on top of me. “EMMA! GET DOWN HERE!!”

Let me break here to say that I’d normally never share this kind of story (as a writer that may not true) but this particular night was way too priceless to keep to myself.

Before we continue from the middle, let’s take a step back and take it from the top…

Within my first couple days in London I had been giving Bernard a hard time to fix me up with a friend. I had been on sexual sabbatical due to previous lovers making a pattern of becoming upset after originally being OK with my new lifestyle as a traveling writer who was gone for a few months at a time. Needless to say, that was making my life way too complicated and made me feel like shit, so I had just shut it all down. Well, Mama Bear was coming out of hibernation and I was starving.

When asking Bernard and Emma if they had any friends to hook me up with (I’d been hitting Em up since I was in Thailand), I was kidding but not kidding and was thrilled when B had automatically thought of G. 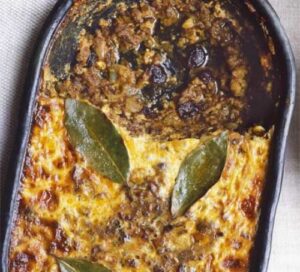 At the time, I was about halfway through my stay in London. Bernard and Emma both forgot but I was determined. Taking action with a thirsty third, and what was to be final, reminder two nights before flying back to the states, G finally got the invite for a dinner party the next night. Emma was going to make Bobotie, the traditional dish of South Africa, where Bernard is originally from.

G showed up completely unaware, innocent of the shenanigans planned and showing appreciation through constant excited words of gratitude in a display that showed what a great guy he was. Half amused and half feeling bad considering our devious plan (which, of course, would really only happen if progressing organically on both sides), I was soon distracted with the thought of how I didn’t know when the moment had been that I had gone from the innocent one to being on the other side. It happened later than most but somewhere along the line, it had happened.

A big smile and being super sweet along with just the right amount of endearing awkwardness that hinted at a touch of shyness happened to be qualities he possessed that also happen to be my weak spots. I still wonder if it was a fluke that Bernard thought of someone with such traits or if he is just that good at reading people. 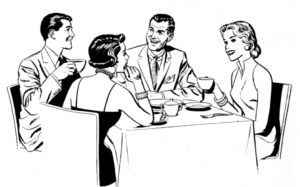 First saying hello with a hug, G blushed as I made a joke about jumping right into making out when moving our heads the wrong way had almost caused a kiss. A cute and entertaining moment but boy did I feel forward. He did tell me a couple of weeks later, however, (we’re now friends) that he fancied me quick, so in hindsight, I wasn’t too terrible.

Still unaware as he stuffed himself with Emma’s yummy cooking, we talked about dessert, but decided instead to go out for a smoke. A dead giveaway that I’d had drinks. Once outside, G mentioned he was cold while shivering. While also feeling the bit of the chilly temperature, I wondered if it was legit or an attempt to get closer. 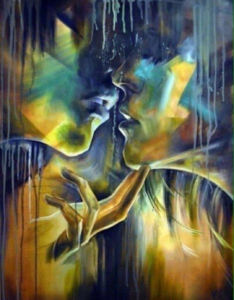 Either way, I was quick to tell him to come in for a hug in which, being a little shorter than me (I’m 5’10”), he was more than happy to be swallowed by my ample bosom just made for the task of warm snuggles.

Eventually moving to the couch in the sitting room, one thing lead to another until the fated incident, but not before we all cracked up in light-hearted fun from Bernard’s prank of having successfully snuck up behind G once we had progressed into an old fashioned makeout session in order to poke him in the bum hole. Typical bromance humor and definitely funny to watch G jump in surprise. Em having picked up on G being a bit more conservative than the rest of us, she then pulled B upstairs to their room in order to give us privacy. Hence why I had to yell to get them back down.

Having a bit of an idea in the back of my head that he was really embarrassed by the notorious incident and trying to play it off (which he later admitted to), I was too pissed to care in the moment and too into the idea of turning something that would normally bother me into something hilarious. Not just for myself, but I wanted both of us to feel more comfortable. 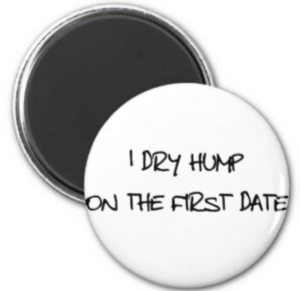 Once they were back in the room and adding to my rant about what happened by pointing out that G had even still been wearing his socks, Emma then pointed out through shouts of laughter that they were both in their socks and boxers. With the fellas giving each other fist-bumps while almost crying in laughter, Emma and I tried to argue through our own giggles about how wrong it was. At some point in the disarray, Bernard started exclaiming over and over about a situation in which he had his own trouser-cough incident in a much more awkward sexual experience. He even had a dance to go with the story. The whole thing was insane and I hadn’t laughed so hard in years.

Bernard stepping it up to another level, pulled out a laptop to Skype one of their buddies for a women vs men argument about whether G should have gone to the bathroom vs the incident being natural and funny as it was. The fellas were still in nothing but their socks and underwear, G being a good sport, and I was in nothing but a sarong. 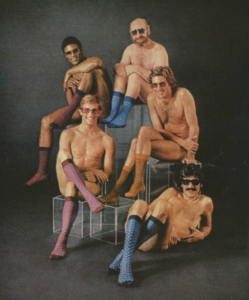 I can only imagine what their bud thought as he played the Judge of Poots with women vs men shouting our side of the debate through a pandemonium that only increased with roars of victory and refusal to accept defeat as our virtual referee sided with us ladies.

With the scene soon to calm down after that, Emma and Bernard returned upstairs and I started thinking about what a great sport G had been along with how I wanted to make sure he was comfortable with the whole thing. As mentioned, I already had a feeling that he hadn’t been quite as comfortable being so exposed and that he hadn’t been feeling well. Something I could very much relate to from traveling. Such a sweetie with his good spirit, we switched gears into a much more tender and compassionate stage for a couple hours until passing out so he could get a wee bit of rest before heading back to work.

I have never had an experience like that, nor would I have ever imagined myself to be OK with it. I’m not one who thinks the ‘ol anal exhale is funny, or any other kind of bathroom humor for that matter. What I am into, and believe to be one of the most important parts of life, is celebration. With the best moments often coming in the most unexpected situations, places and people, our night together had become just that. Having recently lost four people over the course of one month, three of which being due to traumatic circumstances, that memory is one of the only things that has been aboe to make me smile. Who would have ever thought. 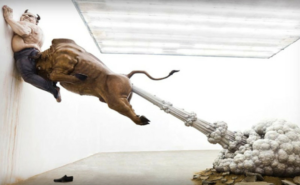