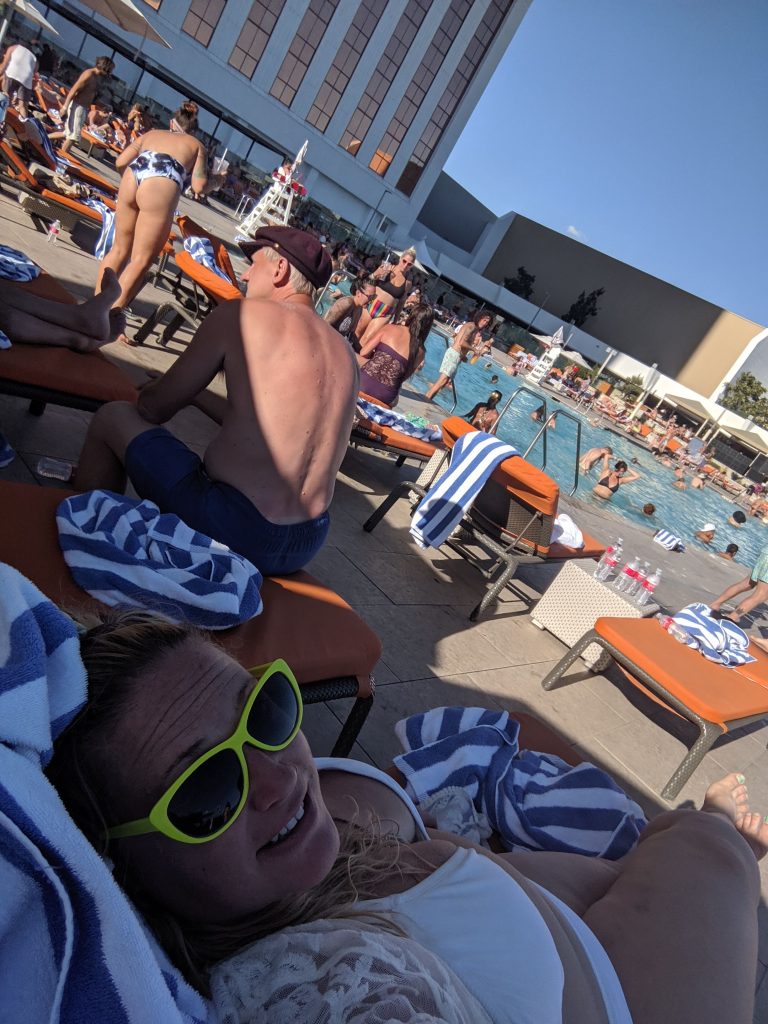 SEPT 2ND – MON
I was a loony-tune exhausted, overheated and upset mess once finally done with packing up and sending my stuff off with an aggravated driver. Trevor, always being the gentleman, told me to go lay down in his trailer and drink some of his signature mixture of ice, OJ and vodka, both of which I desperately needed (minus the vodka). Seeing ripped condom wrappers on the ground, I was relieved to see he had gotten laid before shutting my eyes for an hour or two, of course not really able to sleep, before heading back out to wander. Finding friends I hadn’t spent enough time with and sharing essentials during a quick hang, I soon headed off to Spanky’s to catch my ride off the playa. I would say happily but I couldn’t feel much beyond miserable exhaustion.
Kelsey and I had made plans to ride back with Levi/Pepper Jesus in his packed rental car to the hotel in Reno. Pepper Jesus was the one who was going to give me a tent but his car had broke down last minute before the burn. Close to leaving, I could have asked him to pick me up at The Swan but I instead headed to Spanky’s with the goal of trying to help moop. An unsuccessful attempt unfortunately as I couldn’t find much to do besides a wee bit here and there and the Admiral was too upset about so many bolting without helping to give much direction. I kept trying to find something myself and was asking others but after a couple hours, I gave up. Having thrown in the towel, the three of us took off with the Admiral getting a little upset with Levi for not sticking around longer to do more. Such a bummer to not having successfully figured out how to navigate the whole thing but that indeed was a constant of the burn. I made a big-fat note to strategize better for next time with step one, as always, being to figure out how to get some sleep. Then I did my best to let it go. 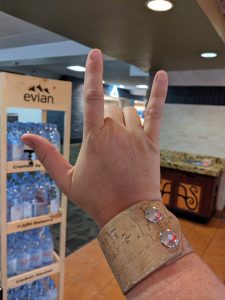 I thought making it to GSR, the hotel in Reno of the burner after-party, would make me feel relieved but I was too much dreading having to get out of the car. Then having to check in. Then eat. Then get up to our room. Then shower. Then put myself together before crawling into bed. Watching all the burners there in happy moods with the celebration of having made it through another year, I was bewildered (and a touch resentful) at how they could be so fresh when I was so beat up. Even so, I was thankful to meet some really cool folks. One of which Mia knew who connected with Kelsey by the end of the night and the two of them becoming inseparable from there. A lucky thing for her as after Mia and her friend left a couple nights before us (the four of us were sharing a room), she didn’t have to be kept up all night by a cough of mine that was progressively getting worse. She double lucked out when I misquoted her on our share of the cost that I would go ahead and pay. Made me feel better anyway since she was never in the room anyway so ~shrugs~. 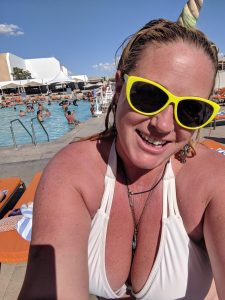 SEPT 3 – TUES
Floating around in cool water at the pool party for burners the next day had been heaven the year before but I just wanted to get home. I still made it there, though, as well as to the annual Spanky’s dinner at a delicious Italian restaurant called Sardina’s. With luck that never lets me down, I ended up being stuck there with the guy handling the bill for all of us (and all the drama that came with) until everyone but the two of us were left. At least it got me out of going to a club where one of our guys was spinning EDM. 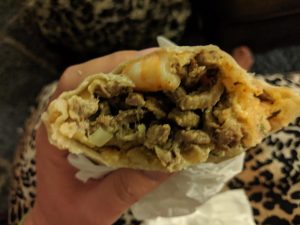 SEPT 4 – WED
I was so done, I headed to the airport hours early the next day so I didn’t have to be around happy, rejuvenated burners. A decision that made me extra relieved when finding out by the time I was to board that people were missing flights because of all the folks flooding the airport at the time I originally would have. Flying back to San Diego, the plan was to go straight to house and dog-sit for Jewels. As much as I just wanted to go straight to my own home, it didn’t sound half bad considering I could dive right into cuddling up with her doggo, Sugs, and not do anything for a couple days. Just stay tucked away from the sun, chillin with my furry friend until I had to go pick up my stuff. Self-conscious about coughing up a lung as I flew home, I grabbed a Lyft from the airport and got the driver to go through a taqueria drive-thru so I could get a California burrito. My ritual when first getting home, no matter where I had been. I had finally made it. Not in one peace but I wasn’t dead. Something I was about to find out was pretty surprising.