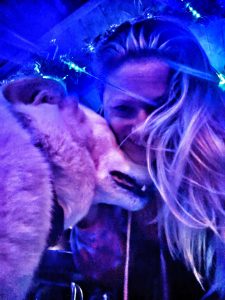 Starting the ‘ol birthday month with my grandma in LA was a nice way to warm up. Always getting to her house late for initial arrival, that particular time was due to hanging with burner buds in Long Beach the night before. The next morning started with her making brekkie, something she was sweetly stubborn about doing, and even the repetitive nagging of wishing I visited more while at the same time on repeat about the effort it took to do so added to the Grannie magic. Of course it drove me crazy (duh) but it also warmed my heart to see her being amped about my being there. She was getting used to my coming around on a semi-regular basis. That made me happy. 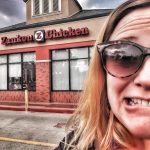 After breakfast I took her out to run errands and for lunch, took her to a place in her neighborhood called Zankou Chicken that a podcast I had been listening to called My Favorite Murder had talked about. It had been covering the story of how the founder had killed members of his family. Delicious food with only a hint of murder. 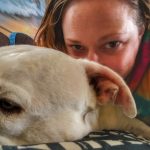 2019 was a year with more traveling back and forth within my home state as opposed to the overseas tornado of 2018. Something I was especially enjoying given that I was planning on being overseas for just about all of 2020. Going home to SD on the specific date I did this particular time was for the purpose of watching the dog of my homie and old roomie Jewels. Poor baby had cancer, as had her other pup who had passed a few months before. It already wasn’t hard to get my help with doggos and the year had been turning out to not have quite as much time at home as I was comfortable with (though was loving my second home) so I was happy for the push to come back for a couple weeks. 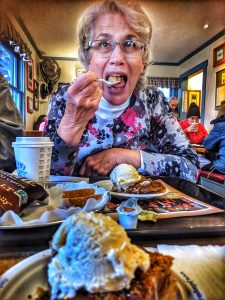 2019 had been, and would continue to be, a year of family. Probably the most of my entire adult life up to that point. Of that, Kati, Nik and their families were lower maintenance than my blood family. Not to infer that my blood family was high-maintenance in a bad way, we were just close for the first time and when I saw them they were usually all together. Mostly because they lived on the same estate (the Satterwhite Sanctuary) and it was a half an hour away. Even more challenging, totally outside of the central-coastal bubble I lived in. Yeah. Not easy. Going to their property was the hardest of all the time we spent together as it meant an entire day of different stages. 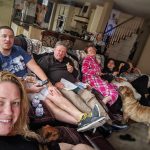 All of us together, Mom and Dad in their house, my niece’s at the pool, my sis at the bar, socializing with their friends, my bro on the couch in front of the TV…it was a family circus. And something I didn’t want to miss. I’d eventually learn to give up on accomplishing anything else on those days and to just plan on spending the night but wasn’t quite there yet.
On the opposite, going out to eat was a norm with them and maybe the only way time management stood a chance. It was super fun being able to take them, especially my parents, to places in SoCal I had always thought they would like. For instance, taking them and their dogs to Julian for the town’s famous pie. Special times that would always warm me up to think about later on. 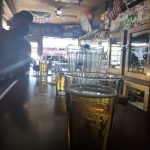 Being a traveler and living in NorCal part-time sometimes magnified the ticking of life’s clock a little too loud. I never felt like I had enough down time at home in the comfort bubble of my small community beach town. Not being home all the time did make me especially love my routines more than ever though. Even doing laundry was fun and something I looked forward to. For example of how, the $10 burger and a beer lunch special at our local dive, The Stick, was directly next to the laundromat and something I always paired with it. 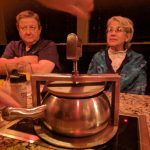 Home when my birthday once again hit on Feb 8th, for once I wouldn’t have made a big deal about it given that it was coming on the heels of the big 40. Sis wasn’t having it though. She arranged an awesome fondue dinner with the Kid (little bro Sean) stepping up to have her back to make sure we fondid it right. Even Grandma surprised me by being there! I wasn’t the most thrilled that Wendy invited her ex-husband knowing that I had strong mixed feelings about him given that he was usually super cool but also a leach on our family and would once in a while would go getto. Something I had no tolerance for even from someone who was usually super cool. Otherwise, all happy sparkles. 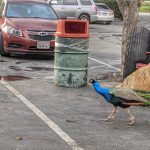 It didn’t take long after that for me to be back up north in Felton with a stop along the way to visit the peacocks at Casa de Fruita. Back to work right away, the sightseeing of driving for Lyft was part of the fun and something I enjoyed getting back to. Every once in a while, the destination of passengers would even take me by the house I grew up in that my parents had only moved out of a couple years before. I, of course, used those opportunities to send photos to the fam though I didn’t miss that city in general at all.

Besides using rideshare to sightsee, socialize and network, there was also the usual stuff of my NorCal life to keep me happy. Hangin at Cafe Gratitude in Santa Cruz, visiting my pal Renee in wine country and small lingering birthday celebrations such as Svet getting me shoes I emo-loved thanks to their raising money for doggos being a few examples. Of course I accidentally rubbed part of the heel off from driving within a couple weeks of wearing them non-stop but that just made them rep me with all the more accuracy. 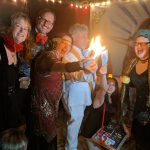 The big event of the month, and why I was back in Nor Cal so fast, was Brigit and Aaron’t party to celebrate his being done paying alimony. Money to Burn was the name and it was a 1920s theme that was the absolute bee’s knees. Fabulous as the parties she threw always were, I got a huge kick out of their goal being to use the budget of one month of what the payment had been. They even flew out a friend from Hawaii to cater the food and hired a fan dancer. It was full of bohemian-spirited people and a level of the cat’s meow that would be hard to match.

For the perfect ending to my 41st birthday month a week or two later, I went for a low-key hang at Monty’s that started with my walking into dogs abounding, a fresh couple dancing to “Magic” by Kenny Chesney (love!) and ladies from Hawaii chatting away. It was one of those enchanted moments that made time slow down for a minute. Something that didn’t happen as much at home as when I was traveling. You better believe I grabbed onto it when it did. 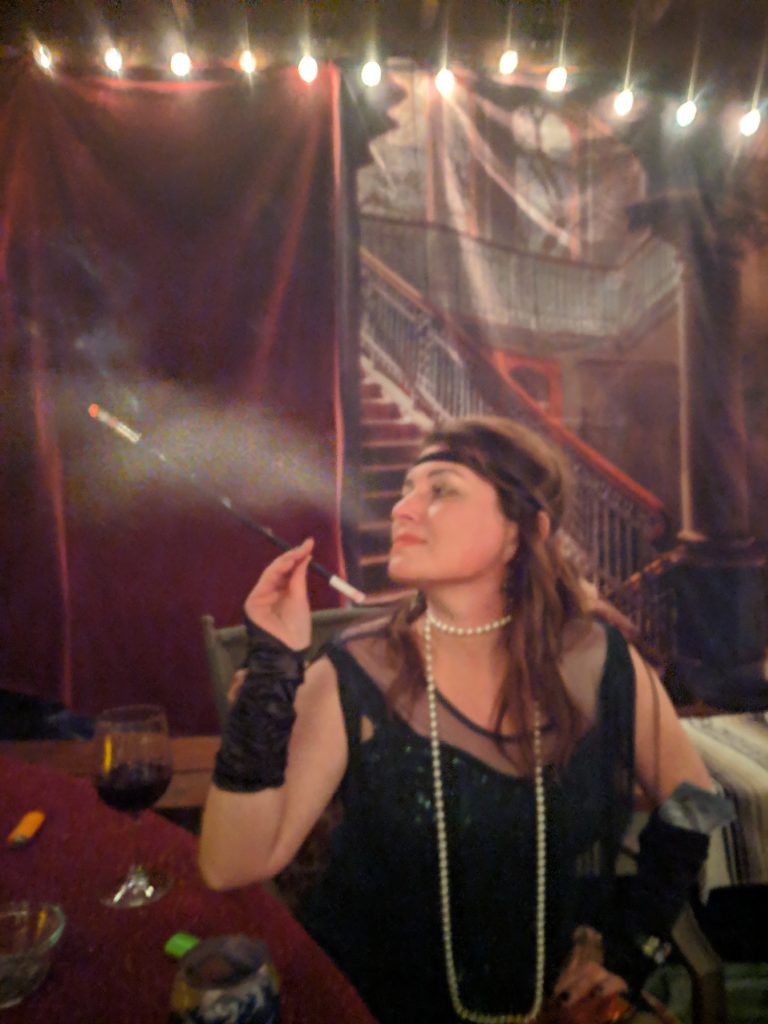 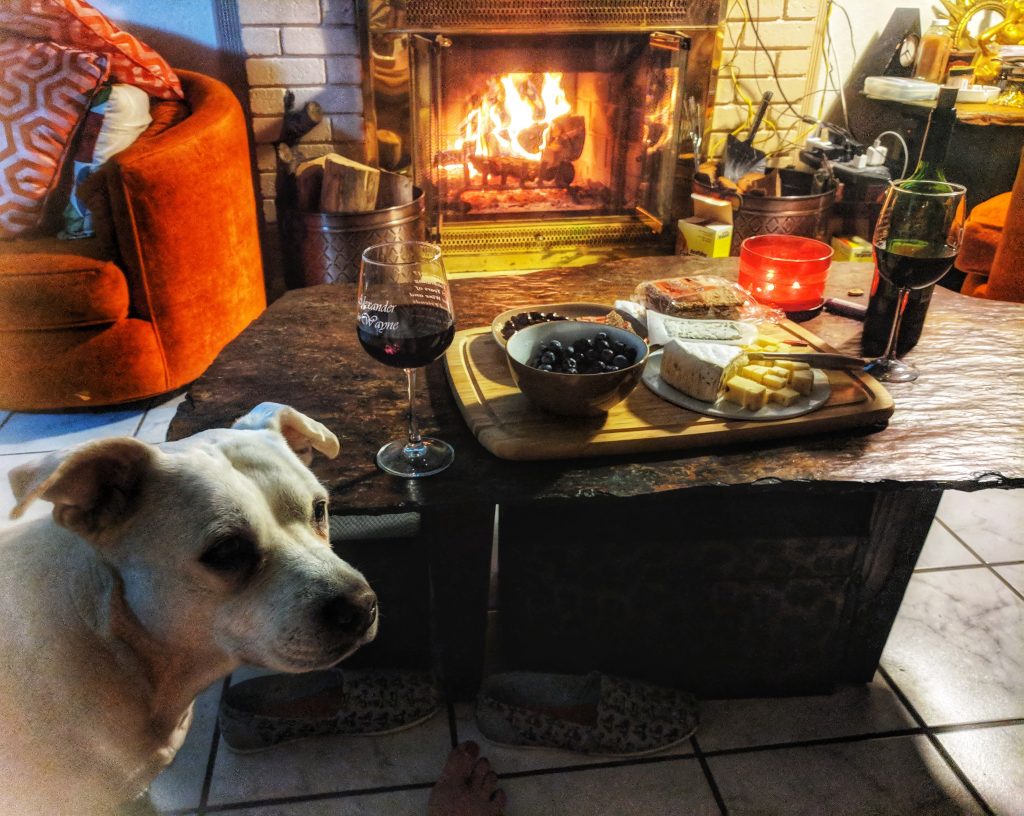 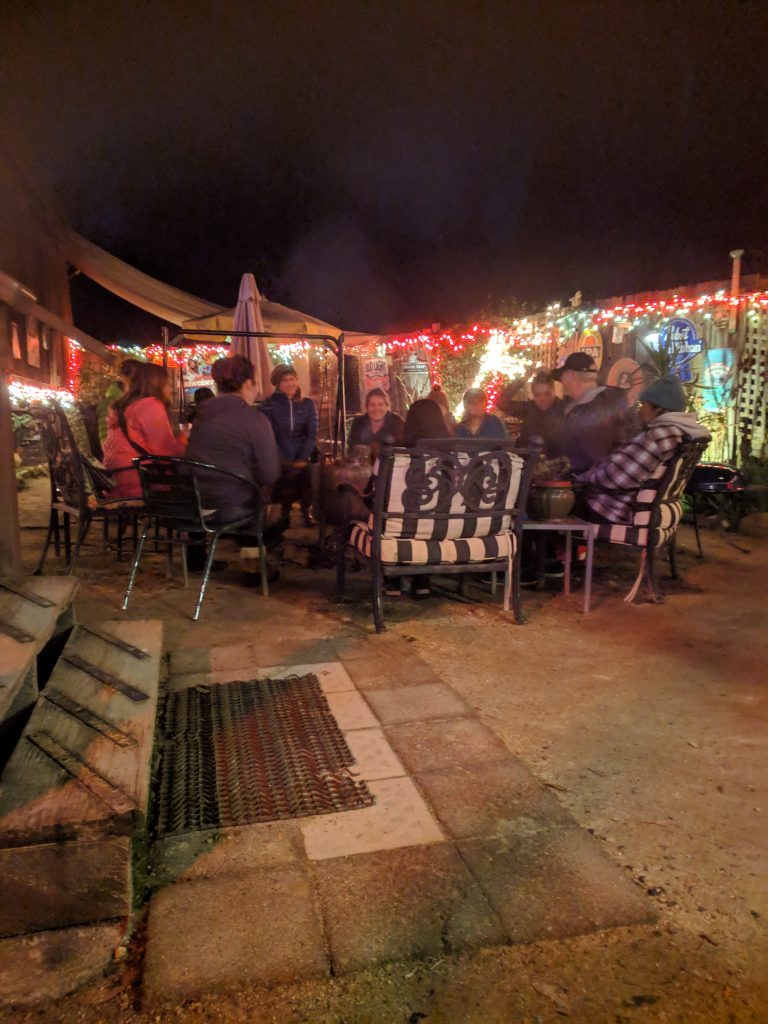