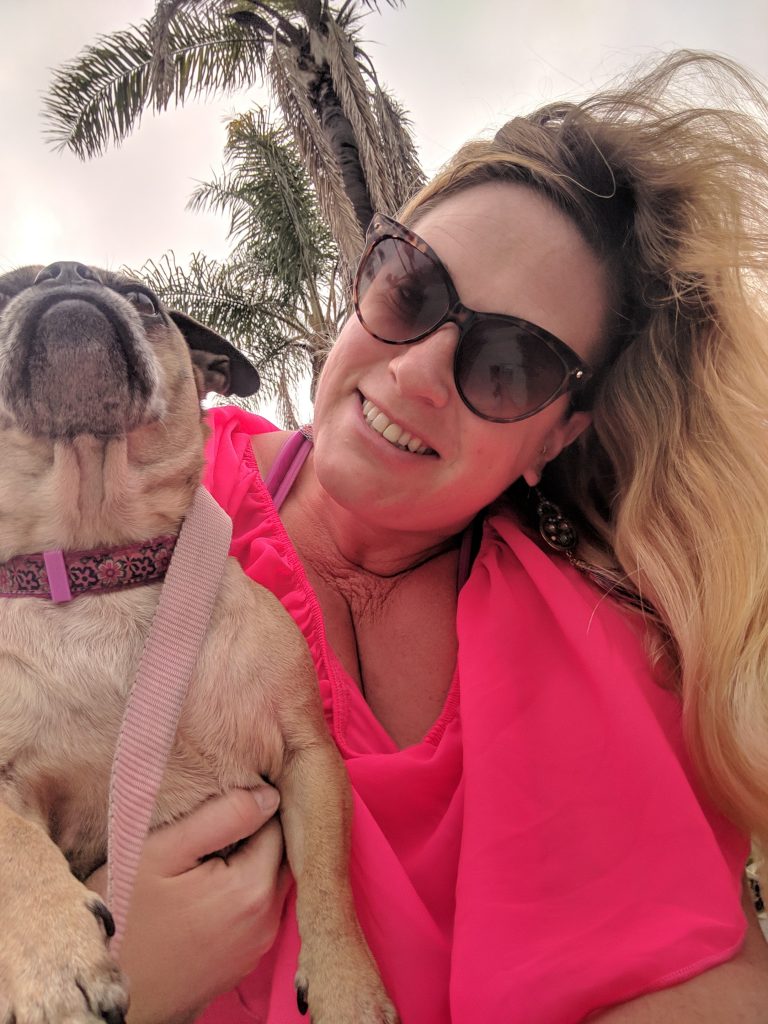 With the plethora of holiday parties over, I finally got a chance to chill out at home in San Diego. Something that included details like binging on a podcast called My Favorite Murder that I found out about when dropping some women off at a live recording of it. It kept me sane driving so many long hours even though one of the two women hosts (yay for ladies!) drove me bananas by sounding dumb as dirt and the other, while I liked her in private recordings, sounds fake as fuck during public ones. It would eventually be why I stopped listening but hey, it was great while it lasted and I probably couldn’t have come close to their over all magic. The simplified psychology of the murders and humor mixed in was indeed a great formula and their ratings showed it. 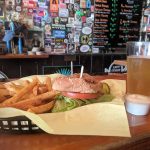 It was great to get back to my roots in Ocean Beach. A local dive bar called The Tilted Stick had a delicious $10 burger and a beer deal that I loved to take advantage of while doing laundry next door. While still only on my “to do” list, driving by donation-based yoga on the beautiful Sunset Cliffs further down the main street was also awesome. So was writing on the back patio of a restaurant called Breakfast Republic. It reminded me of a couple cafes I had gone to in India with Alexandra which made it even extra special. 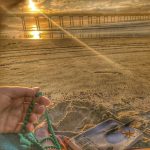 Hangin at the beach meditating with my mala beads and reading Playa Dust for my third time was something I had been dreaming of and was finally back to doing. Juliette was forever pulling me over to another of our fun local dives called Lucy’s and unfortunately sometimes also pulled me into hangin with her soon to be loser boyfriend. Sweet dude but had too many problems to count and would later try to hook up with me while also trying to spin it to make it sound like I was coming onto him AND his friend. Knowing I would never do that, she saw right through it (helped that I had his attempt in writing) and I did my best to hold back on bitching about lowlifes. Made me extra thankful for my type being slightly nerdy sweethearts that have their shit together. I mean, one of us better, right? 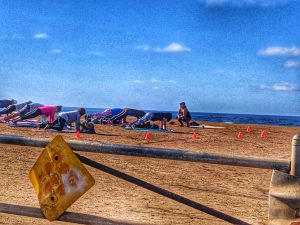 Back to the love, visiting Jewels and snuggling on Sugs made me happy when I got a chance to do it. She was always a ray of sunshine even though really upset about something that happened involving her friend on that particular time back and I was happy to be able to dog-sit. Yup. My life was thankfully still where I had left it. 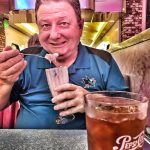 Still in my bubble though in a neighboring art district called Liberty Station, a swanky movie theatre called The Lot offered discounts for members on Wednesdays so I took my pop and then to a burger place called Sladers 50/50. It was a great daddy daughter day. Something we would soon do again but farther away when I took him a couple weeks later to a casino called Barona for a $45 lobster Wednesday buffet and a few hours of gambling. The half an hour to pick him up, popping into the Satterwhite Sanctuary (hurray to be able to love on the four pups) and another half an hour to the casino was a somewhat painful trek but I was happy to be spending time with him. Not knowing how much longer we would have him given his health was always haunting. Especially with the idea of going overseas for more than a year. 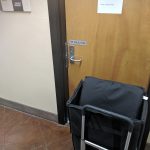 Gig work was still a hustle, especially catching a cold for a week and a stupid BS delivery company I was thinking of starting with threatening me when telling me I had to return their equipment since I didn’t sign up for a shift fast enough. Unregulated gig work was such crap and the class action lawsuits hadn’t begun to roll out against them as they were to a few months later. 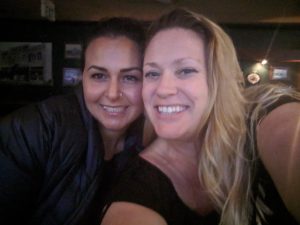 Heading out with the roomie for a drink was fun and a good bonding experience before heading back to the Bay. Kicking my time off back there with a fun night at a Star Wars Bar called 7 Stars Bar & Grill with the homies from high school Nick, Ant, Leilani and a couple more, of course Nick started a conga line. Of course.
Dropping my phone in a toilet a few months before = no audio but you get the idea…

India creeping into my subconscious once again, I came upon a spot in a parking lot of the seedy East Side of San Jose littered with garbage in a way that reminded me of my time there followed within a day or two by also being transported back to Thailand when getting a cheap massage at a spot called Life Reflexology. Little reminders that I may be taking a breather at home but I was happiest when also on the road. 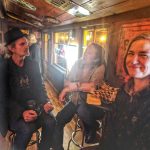 I loved spending time with my little Felton family of Brigit, Aaron and sometimes Melissa. Just like home in SD, I was forever humbled to be able to call such a magical place my second home. During local hikes in Henry Cowell Mountain State Park, I would watch deer feed in fields, people ride horses, dogs walking with their human family and got to say hi to my horsie friends at the neighbor’s cute and quaint corner house. Lady’s night with Brigit and Melissa at Henflings was super fun and felt extra great to have cheaper prices even though only being half an hour from the Bay. Something I was painfully reminded of at lunch a couple of days later when a Korean place double-charged me for a lunch by serving it hot instead of cold without telling me first that there was a price difference. It was extremely rare for me but I was definitely not leaving a tip there. $20 lunch my ass! 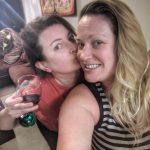 Catching up for my few short weeks in Nor Cal, Svet and I screwed around trying stuff on for the Money to Burn party Brigit and Aaron were going to throw to celebrate his being done paying alimony (Brigit always threw great parties) and then it was back to driving Lyft all over the place up there with SF, the mountains and Santa Cruz being my favorites. Already time to drive back to Southern California, I visited Grandma for a couple nights also driving for Lyft in LA (no bueno) and even managed to meet up with my burner buddies Angelique, Sid and Ash. Back and forth, back and forth…there was always plenty of good times and adventure even in my quieter moments. My personality may not have allowed for a life that had much of it but it was at least more than average at that time. I was soaking it up. 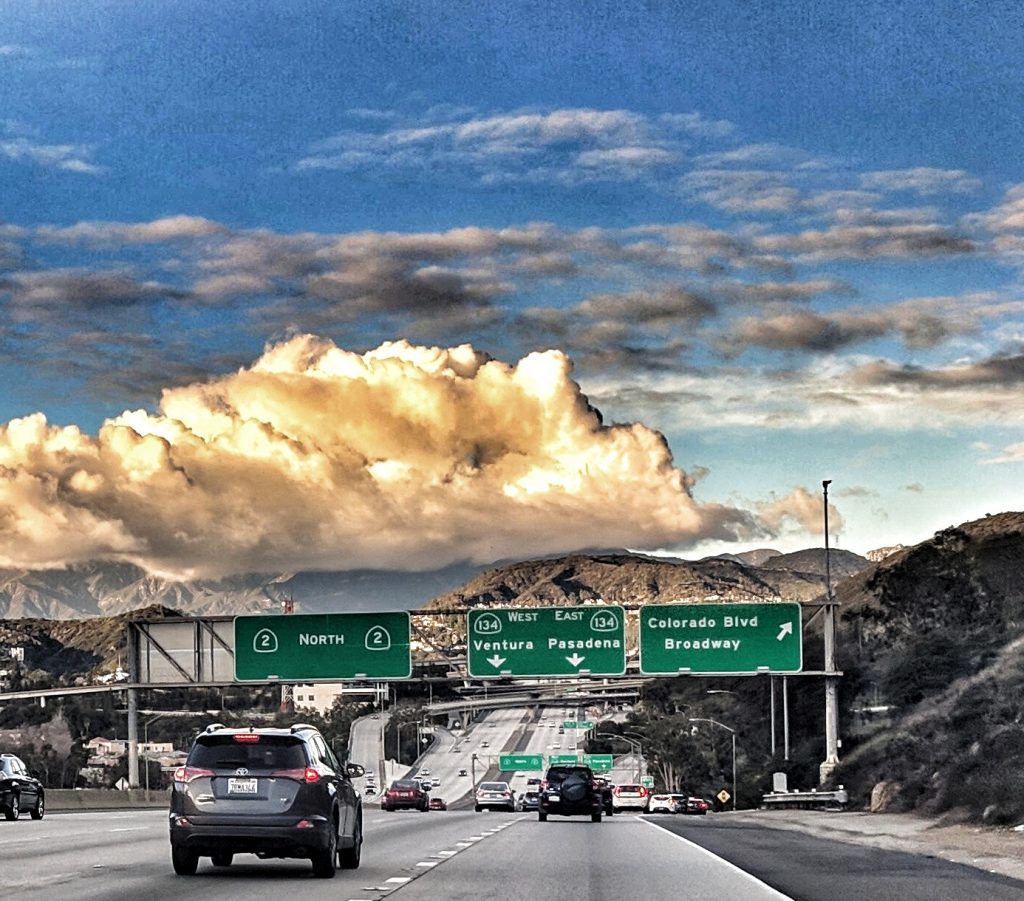