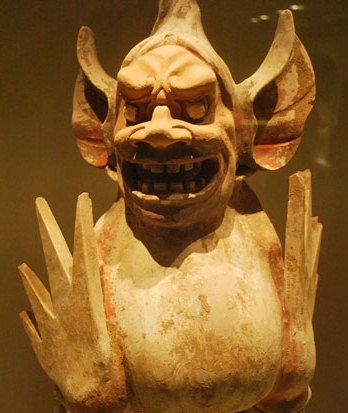 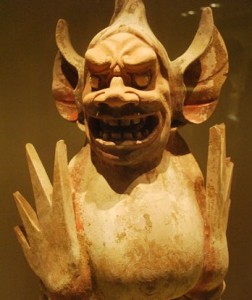 http://www.publicdomainpictures.net/view-image.php?image=6844&picture=grotesque-figure
When trauma strikes, we each handle it our own way.
During the event, I tend to be calm and use humor. Then I mentally run away by compartmentalizing, being unable to focus and get tired to the point of being unable to keep my eyes open; especially when that ever-elusive elephant in the room is talked about. Much later, when the feelings finally start bubbling up, strange and quite often self-destructive behavior patterns arise. Unless there’s help from an outside source during the initial stages of shock and recovery, it isn’t until this point that I even have the chance to start dealing with the trauma in a healthy way.
This is one pattern, but everyone handles these situations in their own way. Some get violent and others cry. One person may not seem to care while another cares too much. Some over-dramatize, others use humor, some make it all about themselves and others take care of those around them. Regardless of how we react, if we’re involved in a traumatic situation, we’re affected.
My use of humor in high-stress environments often causes others to feel uncomfortable and confused. I’ve even had some get mad at me for not reacting the way they thought I should. In their effort to make sense of it, my reactions have been written off as my not having been too affected.
It affects everyone and we all have to deal with it.
Those of us out there experiencing more of the world are subjected not only to the good, but also to the bad. It’s a numbers game, pure and simple. And being the outgoing and charismatic free-spirits many of us creative and adventurous types tend to be, even more attention is brought to us by the way we present and carry ourselves. Sometimes we’re lucky enough to use this as a strength. Other times it turns into a bright red flag waving in front of a bull.
What do we do with all of this? Do we crawl inside ourselves and stop expressing who we are so we can be a little safer? Do we stop traveling, stop exploring, stop having adventures and start believing those who tell us it’s wrong, irresponsible, dangerous and we need to grow up? This lifestyle is hard enough without letting that poison in. We are free-birds that refuse to live in a cage, so we have to accept the consequences of flying free. Especially when being persecuted, physically attacked or facing many other kinds of danger.
Maybe part of the reason I use humor is to shrug off the horrible feelings that could scared me away from so much of what I love. Who knows. What I do know is that it helps me to keep going on and do what I want.

How do you react to traumatic situations and how do others react to you? How do you feel about their reactions? What do you think about the lifestyles that make us more subjected to these situations? Is there a way to be safer while still being true to ourselves? Or do we just have to accept if for what it is?

One thought on “DEALING IN DIFFERENCE”